During the last few decades, phenomenology became the main philosophical option to account for the complexity and, at the same time, the extreme simplicity of consciousness. This paper, in the first place, aims at exposing the specificity of the transcendental method of phenomenology, as opposed to the naturalistic assumptions of the neurocognitive sciences, and then it will expose the reasons that made desirable an operative integration of phenomenology and neuroscience. In spite of their alleged incommensurability, it will detail the influential theoretical results obtained by the hybrid research style called «neurophenomenology». In the second place, the paper will consider two different reasons of perplexity that motivated, among both phenomenologists and cognitive scientists, the resistance against this integration. To dissolve these perplexities, the paper will highlight how the key notions of body, interaction, and experience constitute an anti-metaphysical ground that is shared by both disciplines. 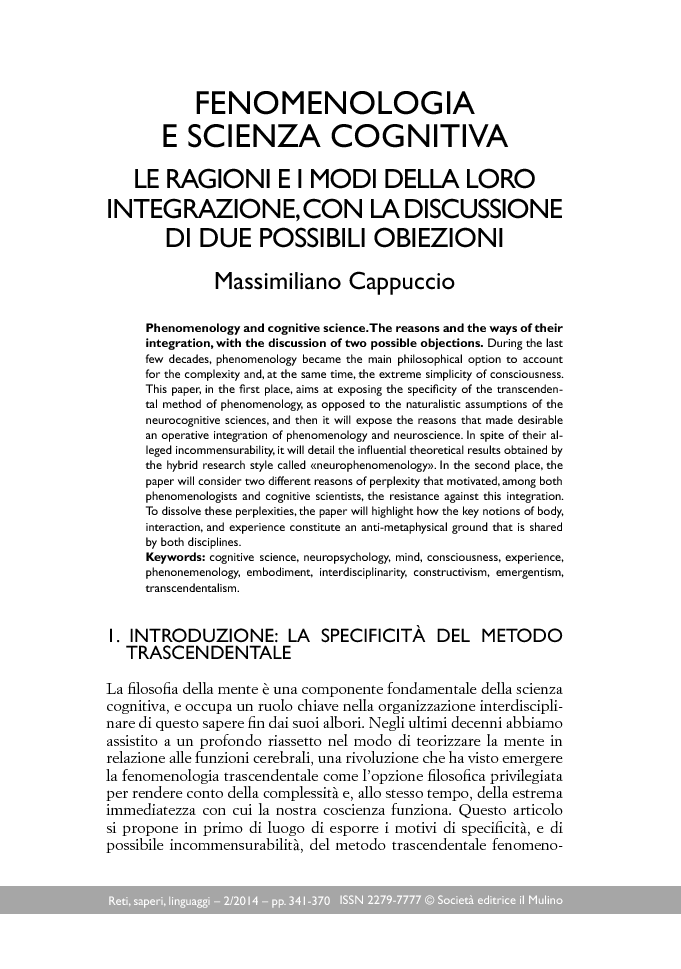