In this paper I address several problems raised by Wayne Davis (p.c.)to my treatment of slurring in indirect reports. Although the paper presents several general considerations on slurs, it is mainly a contribution on indirect reports and the social practice in which they are embedded. The author embraces a Wittgensteinian approach concerning the social praxis of indirect reports and claims that, due to pragmatic principles or conventions of language use, the reported speaker is, in general, responsible for the slurring (in indirect reports), while the reporter is usually complicit, because he could have chosen to sum up the report using a more neutral term. It follows from Searle's Principle of Expressibility that one can report a slurring utterance with the intention of criticizing it - in which case it is important to attribute the slur to the reported speaker. Various revisions of a principle for indirect reporting are offered, in the light of criticism by Wayne Davis. 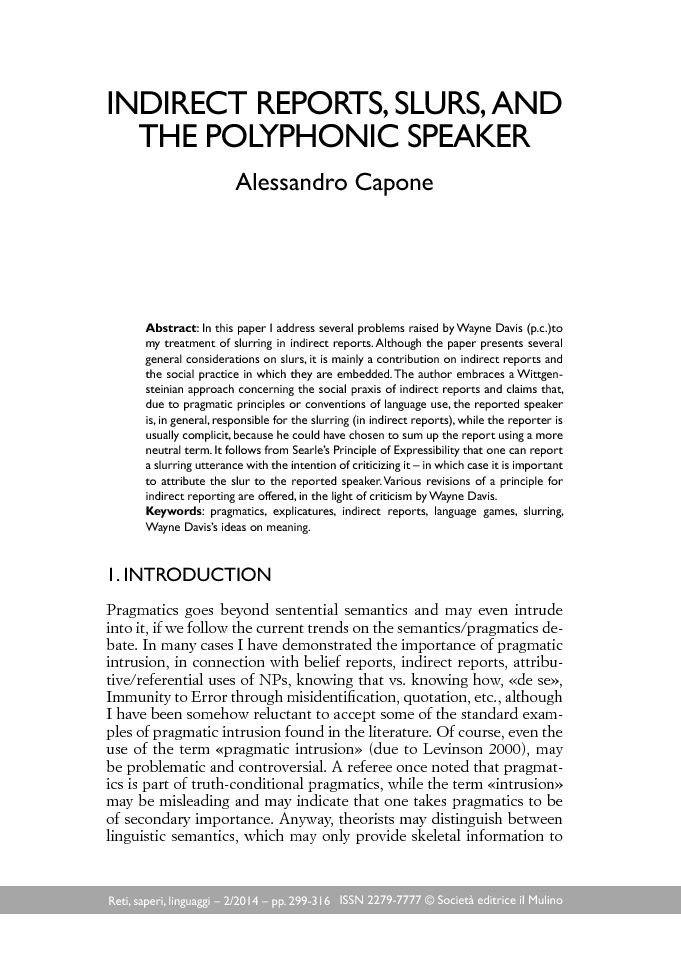