The «inner speech» experience refers typically to an internal silent dialogue. A wide number of studies showed that it influences several cognitive and behavioral functions, such as memory, thinking and reasoning and self-awareness (e.g. Uttl et al. 2011). Furthermore, clinical observations and many empirical studies found that it is related to Verbal Auditory Hallucinations (AVHs) (e.g. McCarthy-Jones, Fernyhough 2011). After having deepened the relationship between inner and open speech and their respective neural correlations, the paper examines the critical role of inner speech in the AVH phenomenon, with specific reference to the psychiatric condition of schizophrenia. AVHs are generally considered a typical symptom of people with psychosis, however hearing voices is something that can occur even in “normalµ or healthy people (eg., Cardella, Gangemi 2019). Therefore, what is the real relationship between the two phenomena according to the most recent literature? To clarify this point, we examined both the studies that explored the brain areas activated during both phenomena and the empirical studies. However, since the relationship is not yet fully understood, further neuroimaging studies are needed, In particular, future studies should elucidate better the cognitive dynamics and neural mechanisms underlying this relationship. 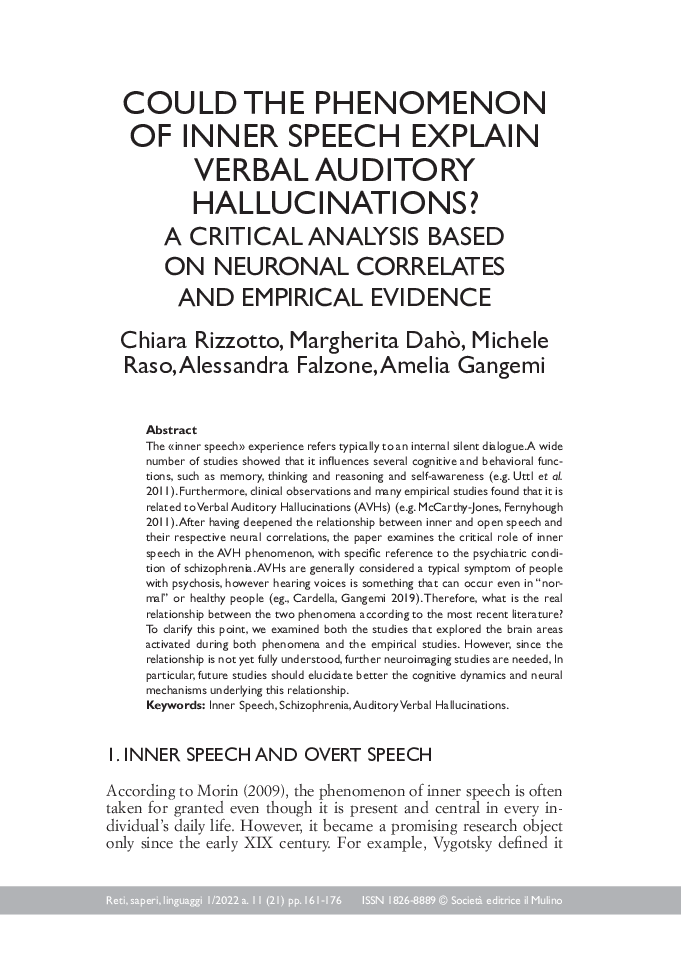