This study addresses the problem of the representation and perception of movement in sculpture. The starting point is the aesthetics of Sigmund Freud (1856-1939), who, in dealing with sculpture, emphasises the importance of the beholder’s imagination during the contemplation of human figures the posture of which suggests movement to the viewer. Under examination are two of Freud’s texts: Delusions and Dreams in Jensen’s «Gradiva» (1907) and The Moses of Michelangelo (1914), which deal with a Roman bas-relief and a Renaissance statue, respectively. These writings engage with artworks that represent pregnant moments in time: instants depicting people, gestures, mid-movement. These moments, conveyed by the artists through the energy of their figures’ gestures, activate the beholder’s imagination, which, in turn, enables a mental re-construction of the action and a visceral understanding of the image. This essay proposes that, in static works of art such as marble statues, the representation of entire scenes (in temporal sense) can only happen internally, in the beholder’s brain-body system. It is in this sense that achievements in the cognitive neurosciences – mainly in topics related to the mechanisms of embodied simulation and motor imagery – can cast new light on Freud’s aesthetics, offering a new understanding of his insights. 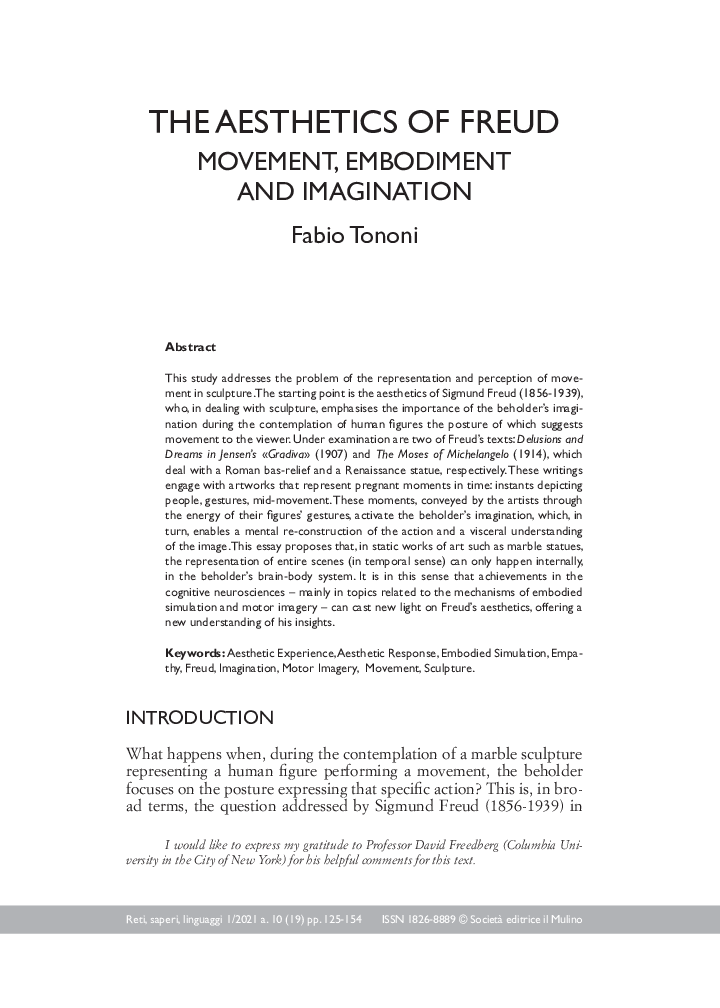