We present an empirical analysis of the European electronic interbank market of overnight lending e-MID during the years 1999-2009. After introducing the market mechanism, we consider the activity, defined as the number of trades per day; the spreads, defined as the difference between the rate of a transaction and the key rates of the European Central Bank; the lending conditions, defined as the difference between the costs of a lent and a borrowed Euro; the bank strategies, defined through different variants of the cumulative volume functions; etc. Among other facts, it emerges that the lending conditions differ from bank to bank, and that the bank strategies are not strongly associated either to the present, past or future spreads. Moreover, we show the presence of a bid-ask spread-like effect and its behavior during the crisis. 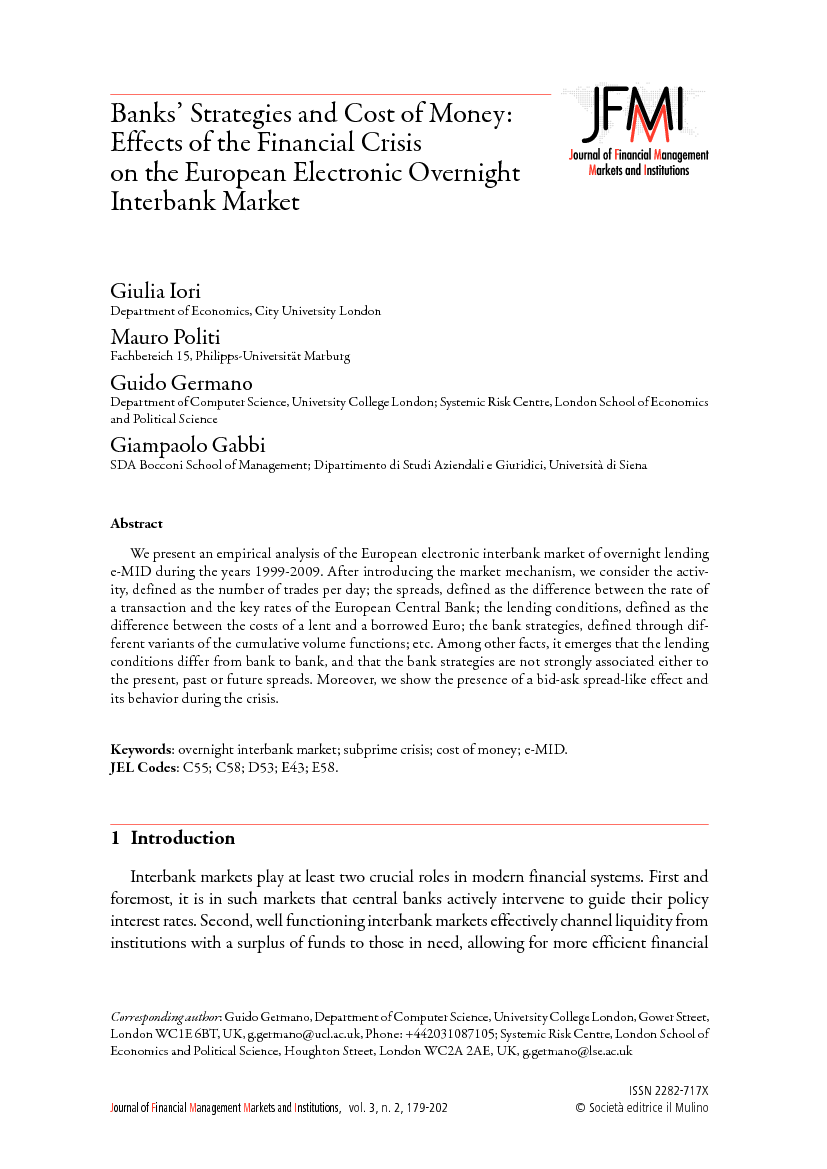