The focus of this article is on the issue of culture in banking and the problems for Trust and Confidence it has caused in recent years most especially in the UK. A new paradigm of research and public debate is emerging which focuses on culture and incentive structures in banking. It seeks to explain not so much "what" banks do but "why" they do it and sometimes behave in ways that are detrimental to consumers. This in turn raises the issue of whether bank culture should become an issue to be addressed by bank supervisors. The starting point is that in many ways banking and the retail financial services industry in the UK (but also in some other European countries) have failed the consumer which has undermined consumer trust and confidence in major parts of the industry. The analysis considers why Trust and Confidence are important in finance, and the key central issue of culture within financial firms. With respect to the last-mentioned, particular reference is made to the Shareholder Value model and the incentive structures it creates. We consider that culture may be different in the mutual/Cooperative model of financial firms. The article considers certain structural issues with particular emphasis given to the lack of diversity in the UK financial sector (most especially with regard to ownership structures and business models), which is in contrast to virtually all other European countries. Various approaches to reforming bank culture are considered. There is a limit to what regulation can achieve for consumer protection and the enhancement of consumer interests if the underlying culture is hazardous and, therefore, if there is not a major change in the underlying culture and ethos of banks. One approach is to create industry-wide standards to change the underlying ethos and culture of banking. A major step forward in the direction of such collective selfregulation has been the establishment in the UK of the Banking Standards Review Council to develop plans for an independent professional body to promote high standards in banking. There are clear economic, systemic and welfare benefits to be derived from a successful mutual or cooperative sector in the financial system. A financial system populated by diversity of ownership and governance structures, and with contrasting business models, is likely to be more competitive and systemically less risky than one populated by a single dominant model, whatever that model might be. There is, therefore, a public policy interest in fostering diversity in the financial system. 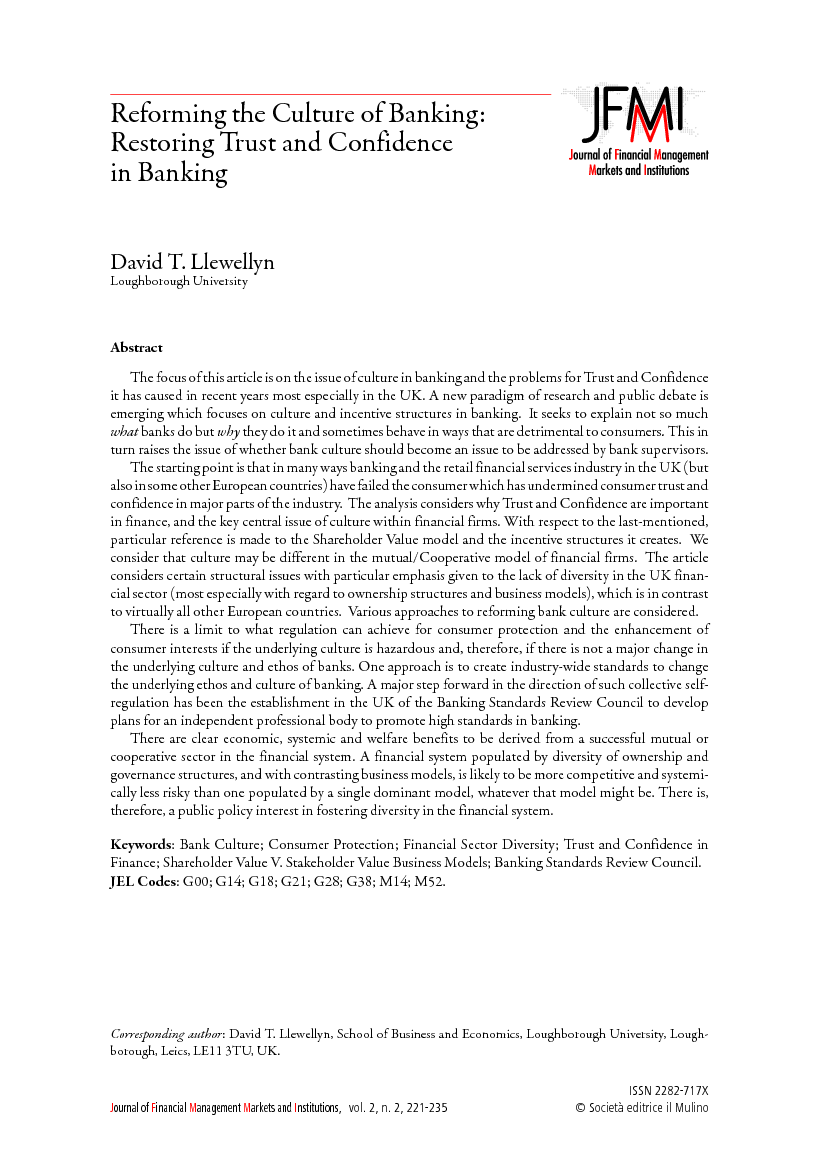