The recent Euro area crisis, which has originally been driven mainly by macroeconomic factors, has had a strong impact also on financial markets leading internationally to what is referred to as contagion. The term «contagion», generally used in contrast to «interdependence», conveys the idea that during financial crisis there might be breaks or anomalies in the international transmission mechanism, arguably reflecting switches across multiple equilibria, market panics unrelated to fundamentals, investors' herding and the like. Our study extends on these conventional measures of contagion by directly investigating changes in the existence and the directions of causality links among a sample of Euro area countries during the recent Lehman default and sovereign debt crisis. To test for contagion, we apply Granger causality/VECM methodology on sovereign bond spreads and stock returns as measures of perceived country risk. Results highlight the fact that the causality patterns have changed during the «crisis» periods compared to the pre-crisis «tranquil» periods, thus pointing out the occurrence of contagion phenomenon among Euro area countries during the last two international financial crises. 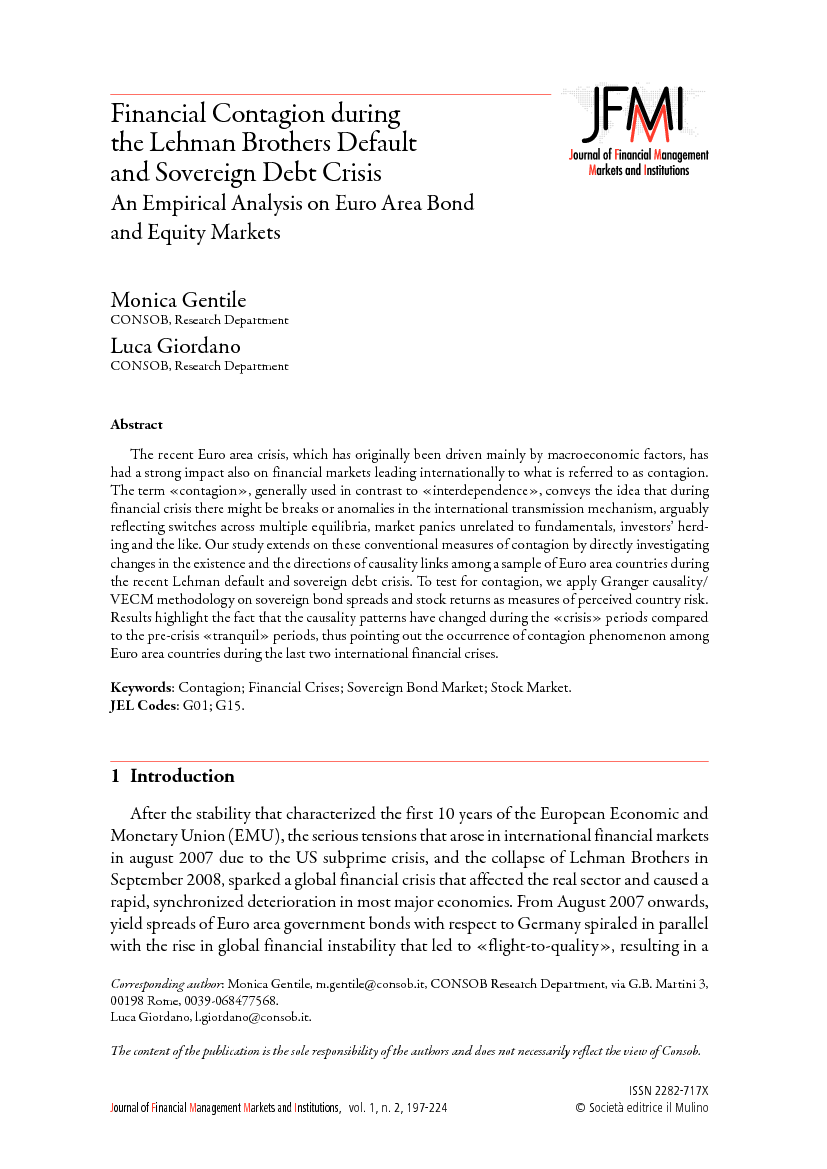