This paper aims at framing, with particular regard to its on-line occurrence and especially on social networks, the phenomenon of hate speech and the related issue of fake news in the context of in-ternational and European law obligations that affect both States and private operators. The pan-demic of COVID-19 has seen the spread of fake news on the origin of the virus, on the mechanisms of spread of the infection, on the responsibilities of some States in its spread; such news have given rise to episodes of hatred. The Author opens reviewing the international rules on freedom of opin-ion and expression, and then studies the regulation of the activity of providers and suppliers of online services in the context of the obligations imposed on States regarding the control of respect for rights human by information and communications technology companies. The latter aspect highlights the importance that private corporations – and, in particular, social networks as Face-book, which is nowadays drafting its internal review mechanism, the Oversight Board, which is ana-lysed as a case study – have regarding the enforcement of these obligations. In the end, the issue is framed in what, in the Author’s opinion, is a more general trend of the international legal order. 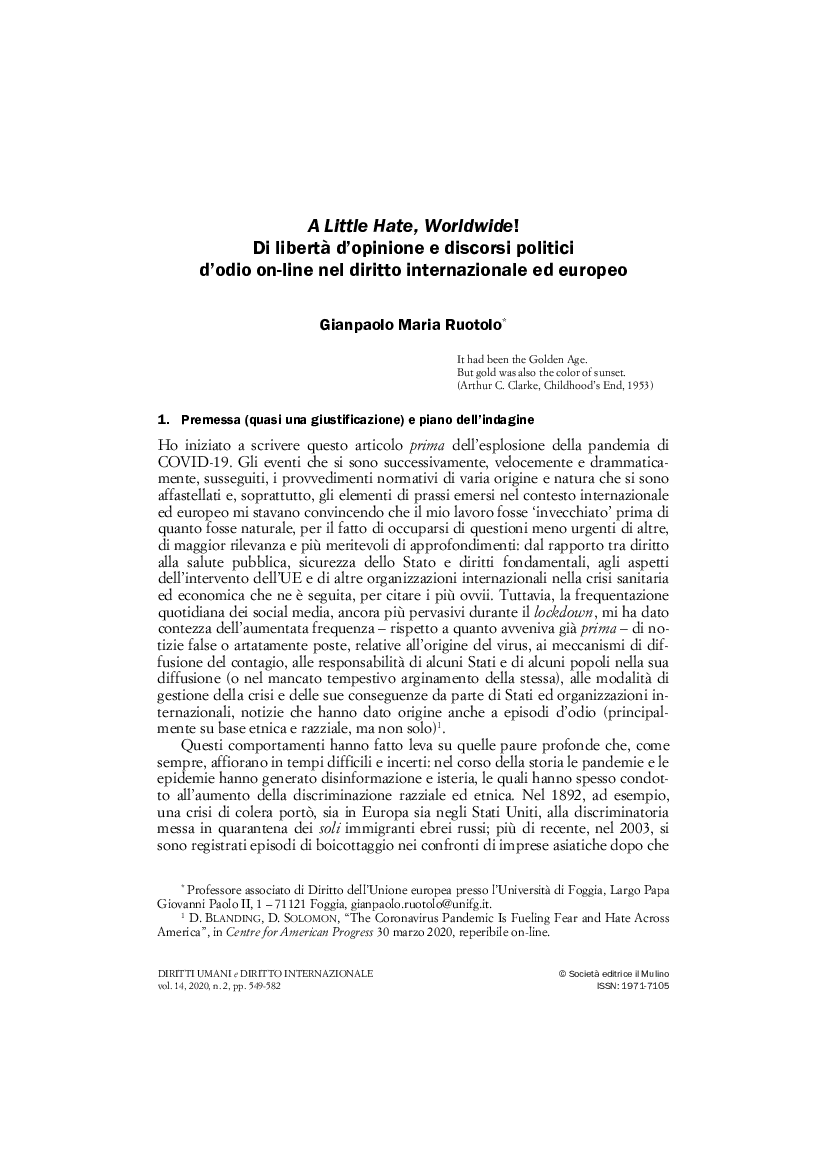