The paper addresses the statute of limitations reform from the point of view of constitutional law, using a principles-based approach. From this point of view and starting from the presupposition of how strongly the criminal sanction affects important constitutional rights, the Authors focus on the constitutional aims of the penalty in order to identify a first constitutional basis for the statute of limitations that descends from the impossibility for the criminal sanction to achieve its aims due to the passage of time. The argument continues by identifying two further and direct constitutional basis of the statute of limitations: the right ‘to be left alone’ after a certain period of time – which respect is necessary in order to guarantee the full self-determination of the individual in the events of his life – and the trial within reasonable time, imagined not only as an objective organizational principle of jurisdiction, but also as a personal right of the defendant. Finally, the essay tries to frame the so-called ‘Bonafede reform’ in the identified constitutional context, arguing that the regulation currently in force, basically causing the possibility of a ‘never ending trial’ once you overcome the first instance of the trial, betrays the constitutional need of a statute of limitations. In particular, it is pointed out that the ‘Bonafede reform’, although pursuing purposes clearly rooted in the Constitution, is not able to pass the balancing test with the already outlined principles, above all because it is certainly possible to identify less affecting means which are anyway able to pursue the very same purposes in an equally satisfactory manner. Finally, it is argued that the hypothesis of a further reform arisen in the public debate, aiming to keep the current regulation only for those convicted at first instance, would not correct the mentioned constitutionality problems with regard to these subjects, and – what is more – would break the specific constitutional principle that one is considered innocent until proven guilty. 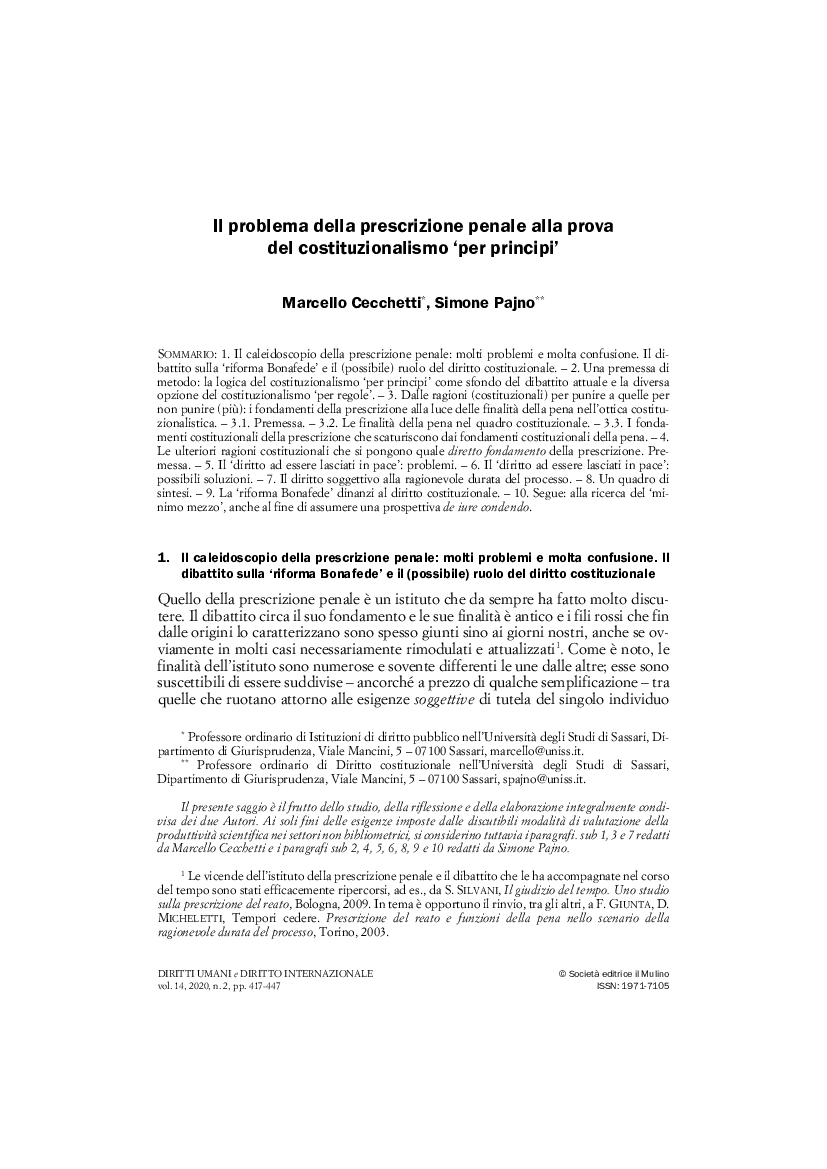