Civil disobedience represents an immanent principle in the Italian Constitution, which in other Con-stitutions has been expressed. It must be accepted as a component of the political culture of a devel-oped democratic community. The people is subject to the law, which in democracies, however, must be consistent with the fundamental principles of human rights. Concerning International Law, civil disobedience to it represents disobedience to a rule of international law which does not take account of a legitimacy guaranteed by international law itself to a higher hierarchical level, otherwise it is simply a practice aimed at the attempt to change an international rule that no longer corresponds to the ‘feeling’ of the international community, as it is shown by many examples, in particular by the refusal of the Organization for African Unity (OAU, today African Union, AU) to the persistence of UN economic sanctions against Libya. Not all ‘national disobediences’ are anyway homologous; some are justifiable because they strengthen fundamental rights precisely in the name of Internation-al Law, as “International Constitutionalismµ cannot be understood as blind obedience to the rules of the higher order. It is clear that obedience to the State-Nation ceases in the face of the duty of loyalty to the human community in respect of the values of International Law, as it has recently shown by practice concerning Search and Rescue of Migrants in the Mediterranean. 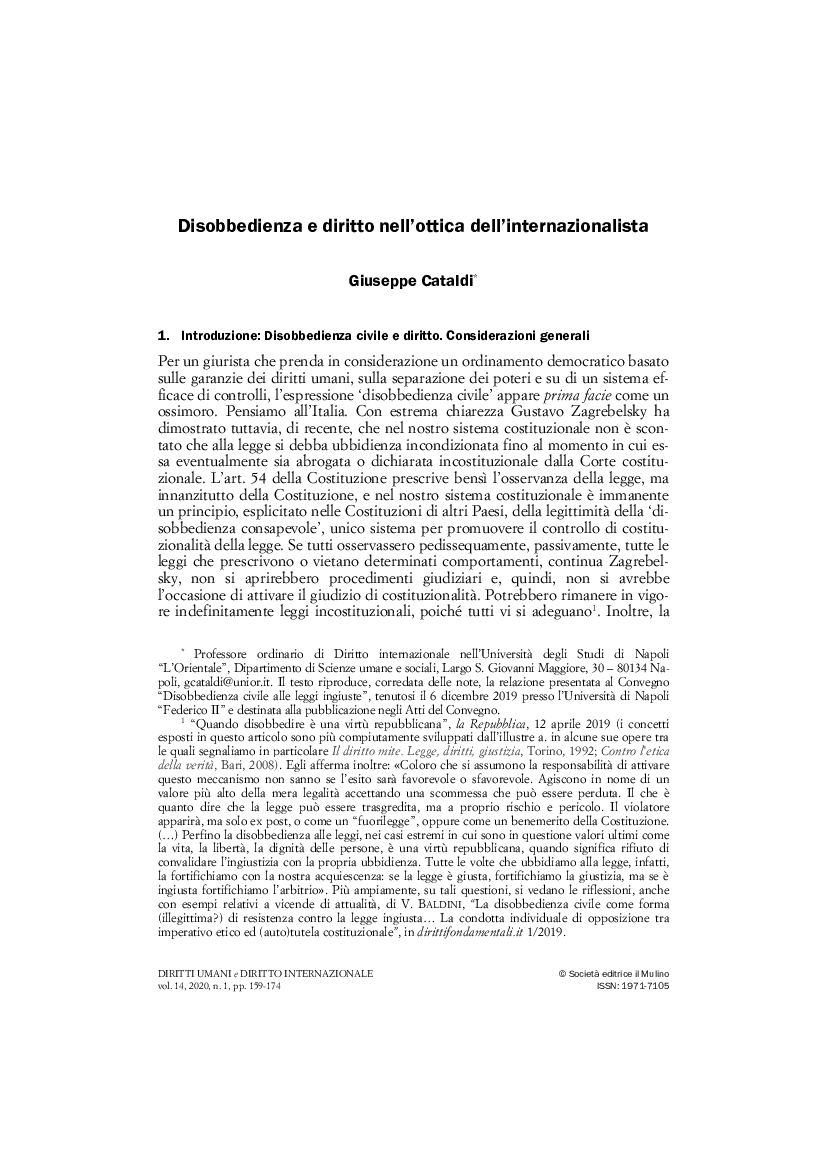