This article critically reviews some of the most recent developments in relation to reforms of ISDS, focusing on both the European and the international reform efforts. As to the former, we discuss two major developments: the establishment of the Investment Court System (ICS) in the EU-Canada Comprehensive Economic and Trade Agreement (CETA) and the proposed mechanism of a Multilateral Investment Court (MIC), intended to replace ICS, once in force. At the international level, we offer an overview of the UN negotiations to reform ISDS conducted under the auspices of the United Nations Commission on International Trade Law (UNCITRAL) Working Group III. In reviewing these reform efforts we ask whether and how the (proposed) reforms address the major flaws of ISDS and, more particularly, the negative impact on the human rights of investment-affected communities and individuals. Regrettably, we find that the panoply of reform proposals discussed at the EU level and in the UN environment run the risk of reflecting the aspiration of the old adage: ‘for everything to stay the same, everything must change’. We then present two main paths more likely to achieve transformative change: the first is to maintain ISDS, but to reform it in new and radical ways; the second implies the definitive disposal of ISDS. As to the former, we dis-cuss proposals for granting states, investment-affected communities and individuals a right to initi-ate a claim against investors. We conclude that a reformed international investment law, which in-corporates human rights and endows investment-affected communities and individuals with en-forceable rights, may be a better alternative than abandoning ISDS tout-court. 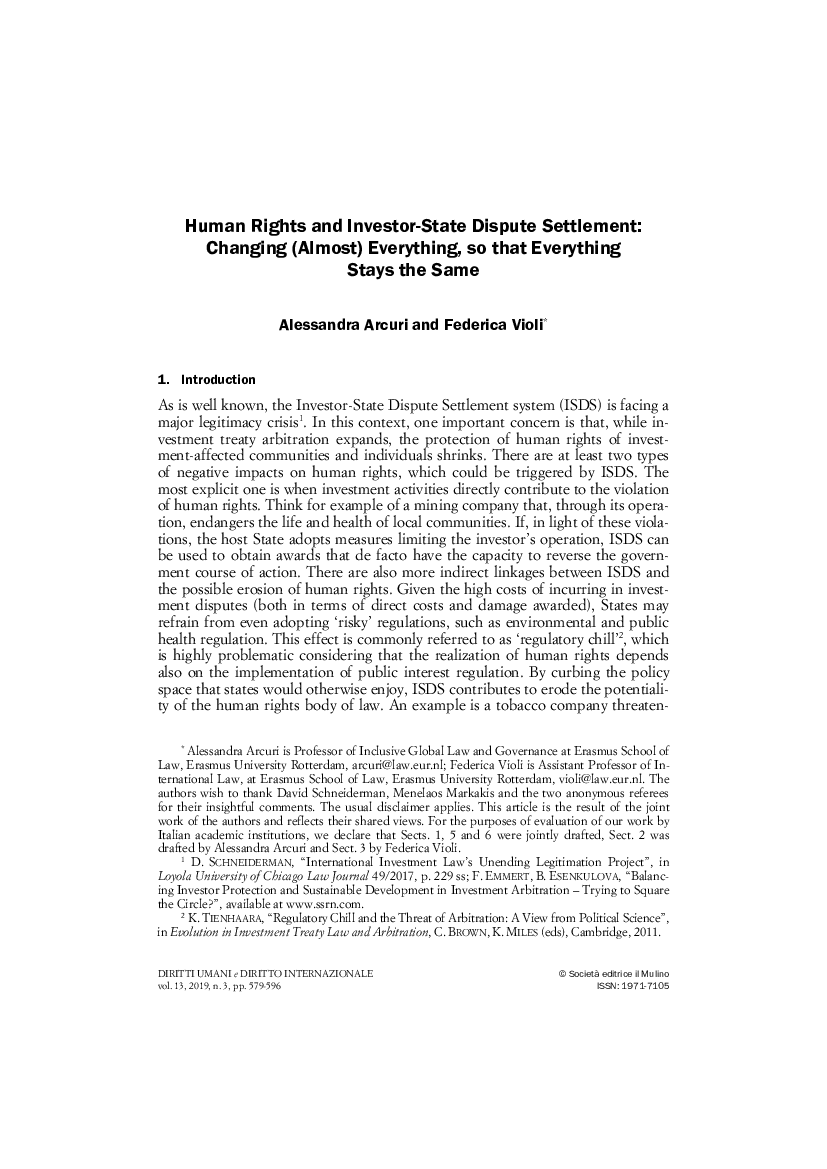