This article analyses the recent jurisprudence of the European Court of Human Rights on gender legal recognition. Whilst in Christine Goodwin the Court sanctioned the right of ‘post-operative transsexuals’ to the recognition of their new sexual identity, it also left the States Parties free to decide how to implement this right. Consequently, numerous States still condition the recognition of the new gender to intrusive requirements – e.g. compulsory sterilization, divorce, surgical interventions, hormonal or other medical treatments – causing intense physical and psychological suffering to the persons concerned. A number of claimants have challenged the permissibility of such criteria before the European Court of Human Rights. However, with the notable exception of Nicot A.P., Garçon e Nicot v. France, the Court has so far proved reluctant to answer the question of whether the ECHR actually limits the freedom of States to set the conditions for gender recognition. The dissenting opinions on this matter show the existence of a serious disagreement among ‘conservative’ judges and ‘progressive’ ones. While for the former the choice of the conditions for gender recognition falls completely within the margin of appreciation of States, for the latter this margin shall be restricted in order to protect the physical integrity of transgender persons. Such a conflict – which is often fought on the terrain of the definition of the notion of ‘European consensus’ – along with the political situation in Europe, may explain why the Court is reluctant to take a clear stance on the compatibility of the most intrusive conditions for gender recognition with the ECHR. To conclude, the article argues that what is problematic is not only the choice of the ‘best criteria’ for gender recognition, but the very fact that gender certification – which is often the cause of suffering – is still seen in our society as an indispensable State prerogative. 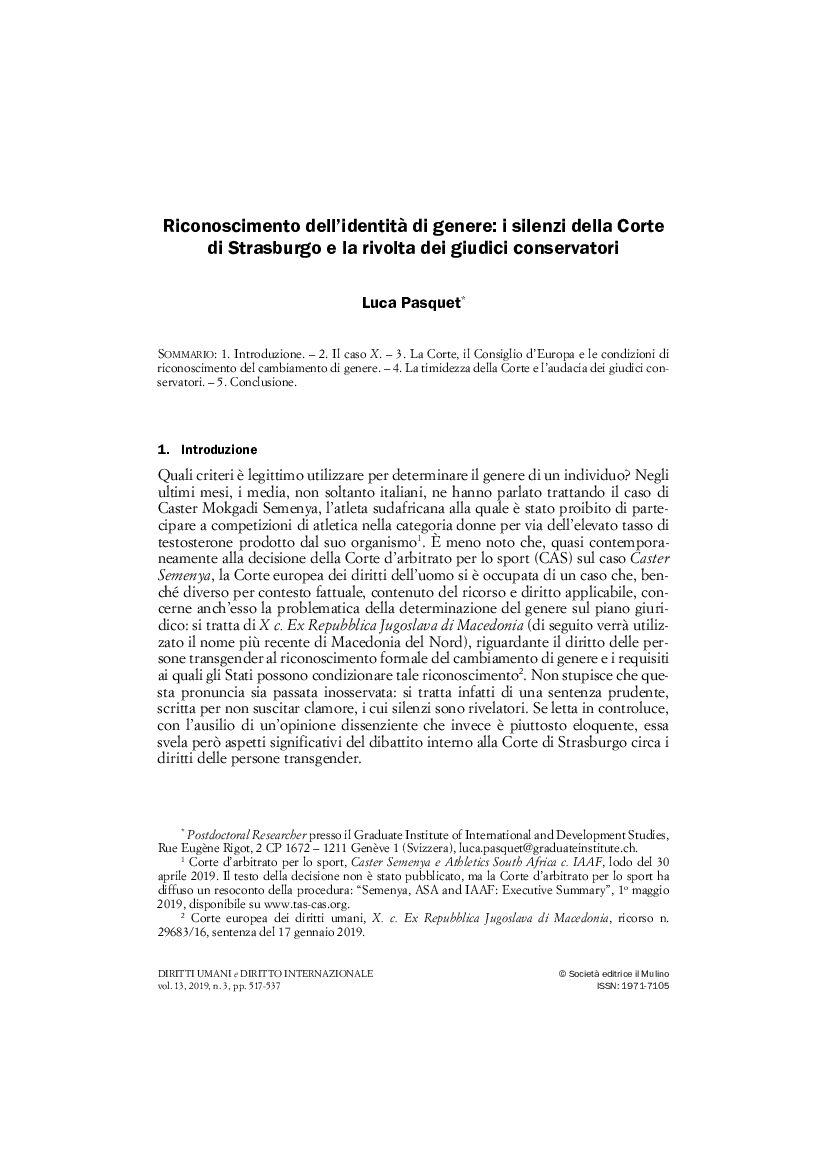