On 12 March 2019, the fourth section of the European Court of Human Rights (ECtHR) delivered its judgment in the case "Drėlingas v. Lithuania". This represents a follow-up judgment in the ECtHR case-law regarding the alleged genocide committed in Lithuania in the 1950s against the Lithuanian armed resistance to the soviet regime by officials of the LSSR. In "Drėlingas" the Court recalls its previous decision of 2015 in the case "Vasiliauskas v. Lithuania", but it comes to a different result, concluding that the genocide conviction by the Lithuanian domestic courts complies with art. 7 of the European Convention on Human Rights. Without formally contrasting with its previous decision, the Court makes the tacit effort to reverse one of the most controversial passages of the "Vasiliauskas" case, where the Grand Chamber had disregarded the international criminal tribunals' case-law on the 'intent to destroy a group "in part". By reversing its previous determination, the Court re-establishes a dialogue and therefore reconciles with the international tribunals' case-law on the matter. Despite these efforts, the decision cannot be entirely commended due to the fact that such shift only happened implicitly, weakening the effectiveness of its new assessment in the context of judicial dialogue between international tribunals. 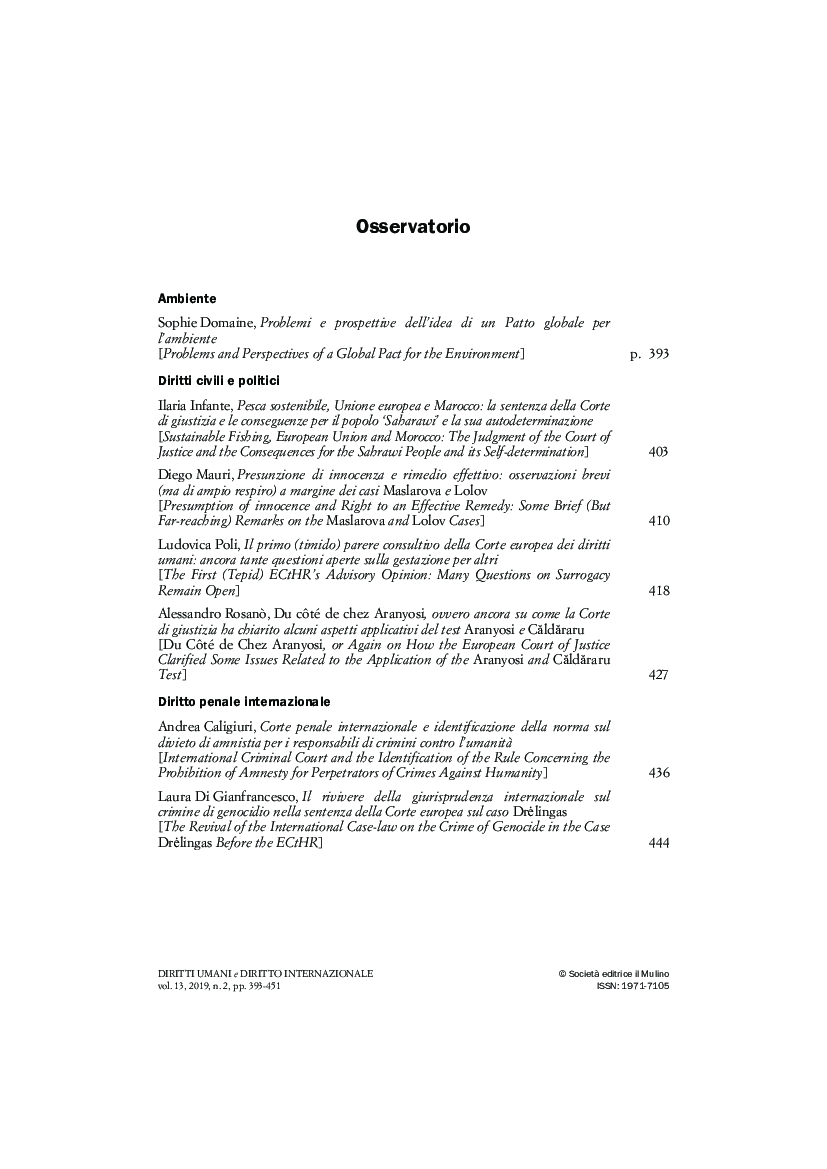