Starting from some general considerations, this study analyses the jurisdictional immunity of the international organisations which are members of the World Bank Group (IBRD, IDA, IFC). Despite the fact that they are recognised to have only a 'limited' immunity from the jurisdiction of national courts, they have rarely been subject to national jurisdictions. More often, the conflict between immunity and the human right of access to justice was solved by granting the IO immunity. These outcomes can be deemed justified when alternative fora (the World Bank Administrative Tribunal for employment disputes) or alternative and adequate dispute settlement mechanisms (recourse to arbitration for private claims related to loans and guarantees agreements) are available. In other instances, however, immunity has been asserted even in the absence of an alternative mechanism to settle disputes with private parties. When immunity is affirmed in suits filed by individuals claiming that they were harmed by projects financed by one of the WB Group's organizations, said organizations are shielded from legal responsibility and individuals deprived of any means of redress. 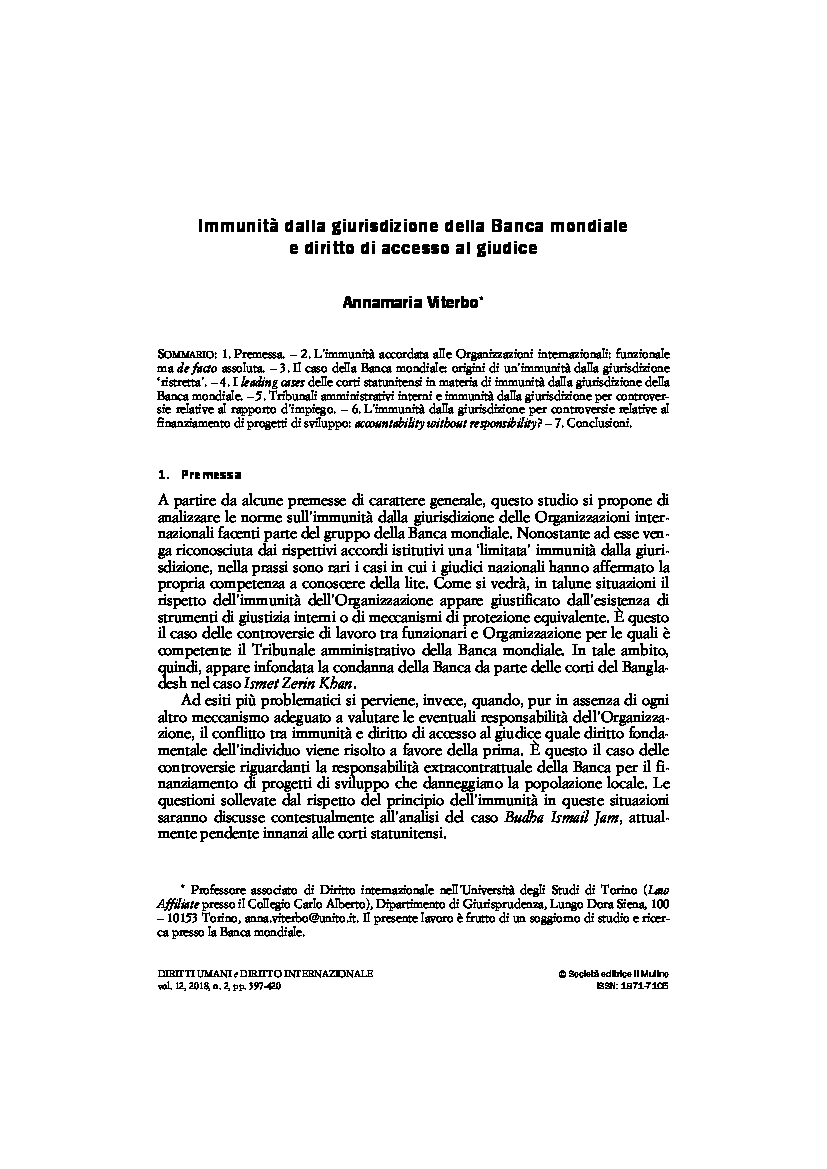