Both scholars and international case-law have shown how the protection of some substantive human rights can be used to compel States to prevent environmental risks and disclose environmental information. In the same vein, even the so-called 'procedural environmental rights' may constitute a tool to fight against environmental degradation. But such favourable effects for the protection of the environment and human beings have mainly concerned situations of pollution arising from industrial or urban sources. A similar positive evolution has failed to occur as regards situations of contamination arising from military activities, such as exercises and testing of weapons. In such circumstances, States often invoke national security interests to justify the violation of some substantive rights or limitation of procedural environmental rights. In the present paper, first the situation of Vieques (Puerto Rico), a small island used for over sixty years by the United States Navy as a ground for exercises and testing of weapons, is studied. Indeed, the Vieques inhabitants' condition seems paradigmatic of that of people exposed to environmental pollution arising from activities preparatory to the use of military force. Then, by extending the analysis to other similar situations, the lower level of legal protection accorded to victims of contamination of military origin is highlighted, compared to that of people exposed to contamination arising from industrial or urban sources. From this point of view, the role of non-discrimination principle is explored, in balancing the competing interests involved, namely the rights of individuals exposed to the toxic legacy of simulated warfare and the State's concerns about its ability to protect national security through well-trained military forces. 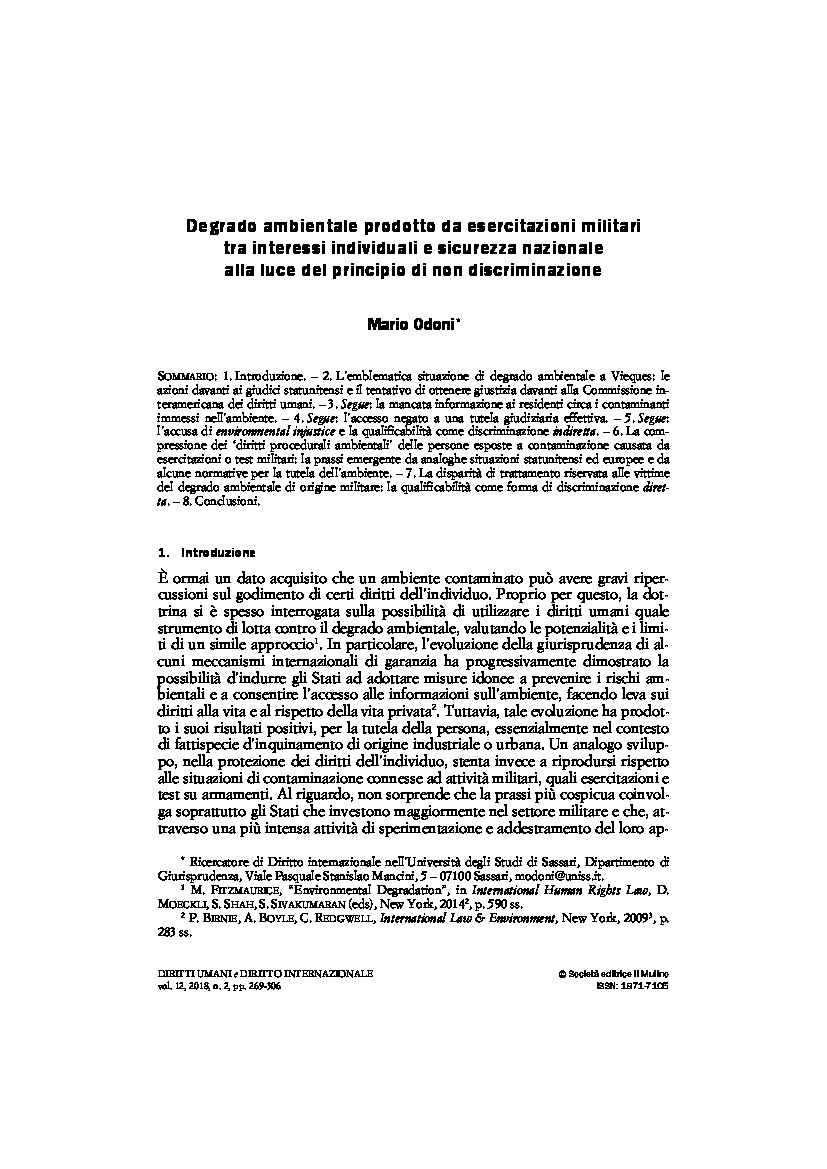