The International Criminal Court is thwarted in pursuing its mandate by the impossibility to secure the arrest of a considerable number of warranted individuals. Diplomatic support for using UN Security Council (UNSC) smart sanctions to tackle such problem is growing. This article aims at testing the purported formalization of the interplay between the Court and UNSC sanctions committees "vis-à-vis" the legal framework where it is meant to operate. It proceeds in two steps. Firstly, it ponders on the information sharing channel that would be opened between the Office of the Prosecutor (OTP) and UNSC sanctions committees. It argues that the establishment of a stable communication link would violate the human rights of those accused, due to the confidential nature of exchanged information. In any case, should the OTP accept information on a case-by-case basis, still the chances to use it at trial would be minimal, both procedurally and substantially. Furthermore, the possible torture provenance of information should induce the OTP to refuse any exchange with, at least, the ISIL (Da'esh) & Al-Qaida sanctions committee. Secondly, the article maintains that it is not a viable, or opportune, option to use smart sanctions against ICC fugitives, on two grounds. On the one hand, art. 87(7) ICC Statute shall be interpreted as providing that, in case of non-compliance with arrest warrants issued in situations referred by the UNSC, the latter can only act vis-à-vis non-compliant States. This is con-firmed by art. 87(7) drafting history and UNSC practice subsequent to the creation of smart sanctions regimes. In any case, the use of smart sanctions following an art. 87(7) referral would be misplaced, as an individual would be sanctioned for an act that is independent from him/her. On the other hand, where sanctions adopted by the UNSC "proprio motu", they would lose their preventative aim and turn into a previously unknown pre-trial tool of criminal law enforcement. Conclusively, the use of sanctions for ICC arrest purposes would further contribute to the formalization of a connection between executive power and justice. 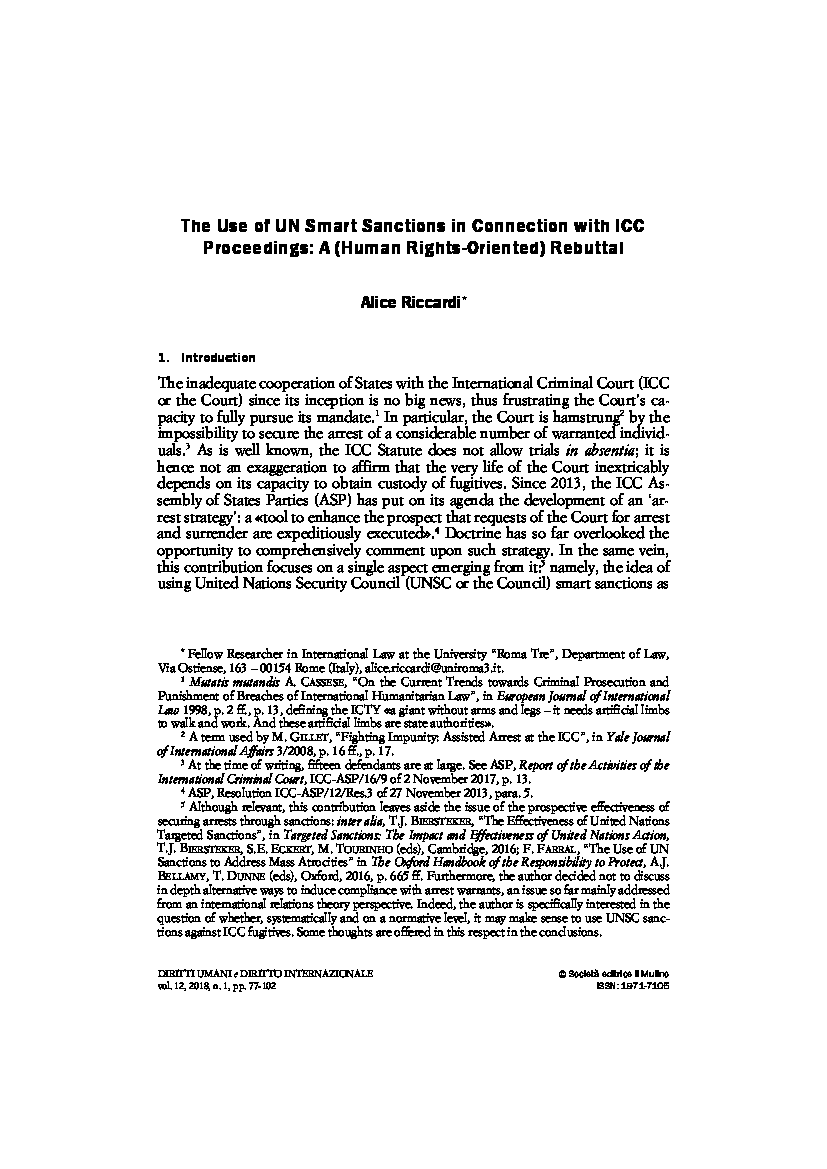