The European Court of Human Rights, in its decision in the case of "Belkacem v. Belgium", declaring the application inadmissible, has provided some clarification on freedom of expression, the protection of the fundamental values of the Convention and hate speech. In particular, the ECHR noted that vehement attacks against non-Muslims are incompatible with the values of tolerance, social peace and non- discrimination and so are not protected by the Convention. According to the Court, in these cases, it has to be applied Article 17 according to which the Convention cannot be interpreted as implying for the right to perform any act aimed at the destruction of any of the rights and freedoms set forth in the Convention. The ECHR stated that in cases of hate speech it is not necessary to check the proportionality of the penalty. 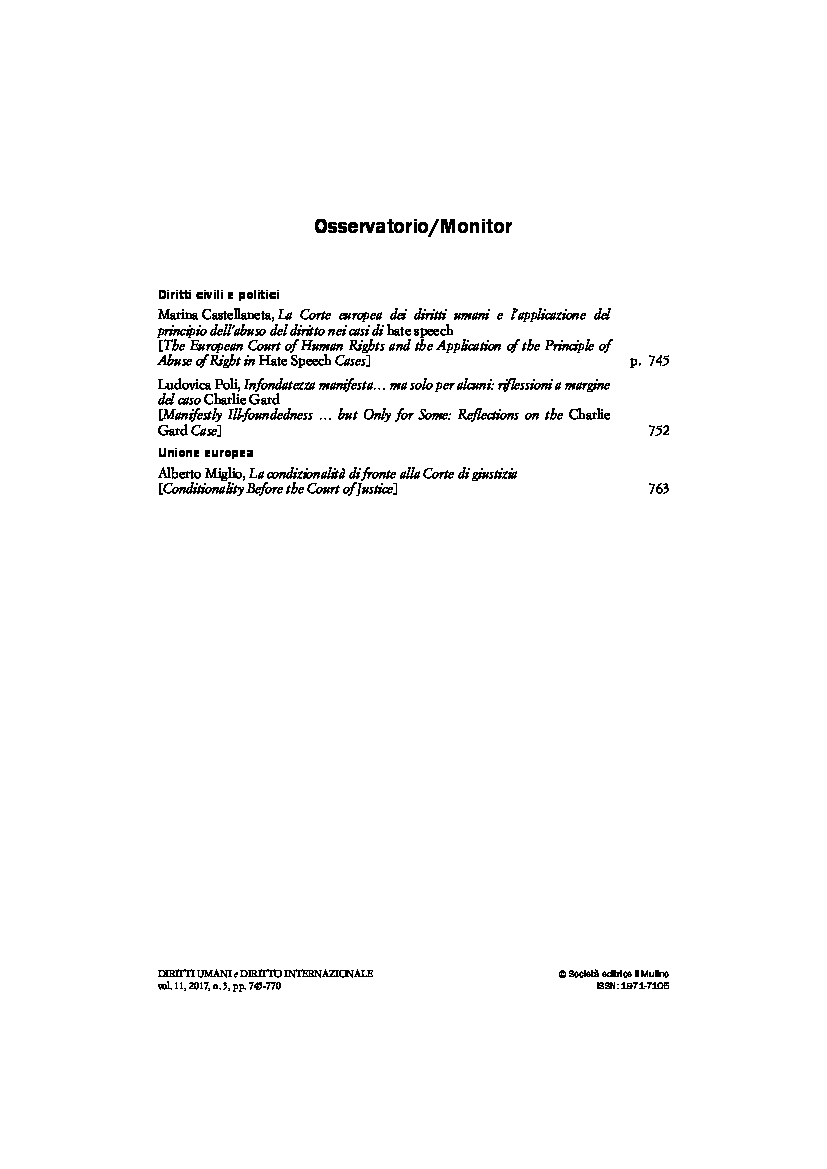