The present contribution deals with some of the main legal issues underpinning the Agreement on Victims of the Conflict concluded between the Colombian government and the "Fuerzas Armadas Revolucionarias de Colombia - Ejército del Pueblo (FARC)" on 15 December 2015, incorporated in the final peace agreement reached between the two parties on 24 August 2016 and officially signed on 26 September 2016. Despite the negative outcome of the plebiscite held on 2 October 2016, by which the peace agreement signed on 26 September 2016 was rejected, the accord - and, in particular, the perceived trade- off between justice and peace contained therein - was eventually transposed, with a few changes, into a new peace agreement signed by the Colombian government and the FARC on 24 November 2016, and later ratified by the Colombian congress on 30 November 2016. This contribution intends to assess the lawfulness, under international law, of several transitional justice measures envisaged in the agreement. Particular attention is paid to the admissibility of alternative or reduced sanctions for perpetrators of serious human rights violations, taking into account the balance that should be struck in post-conflict settings between the need to restore peace and ensure reconciliation, on the one hand, and the obligation to investigate, prosecute, and duly punish those responsible for crimes under international law, on the other hand. 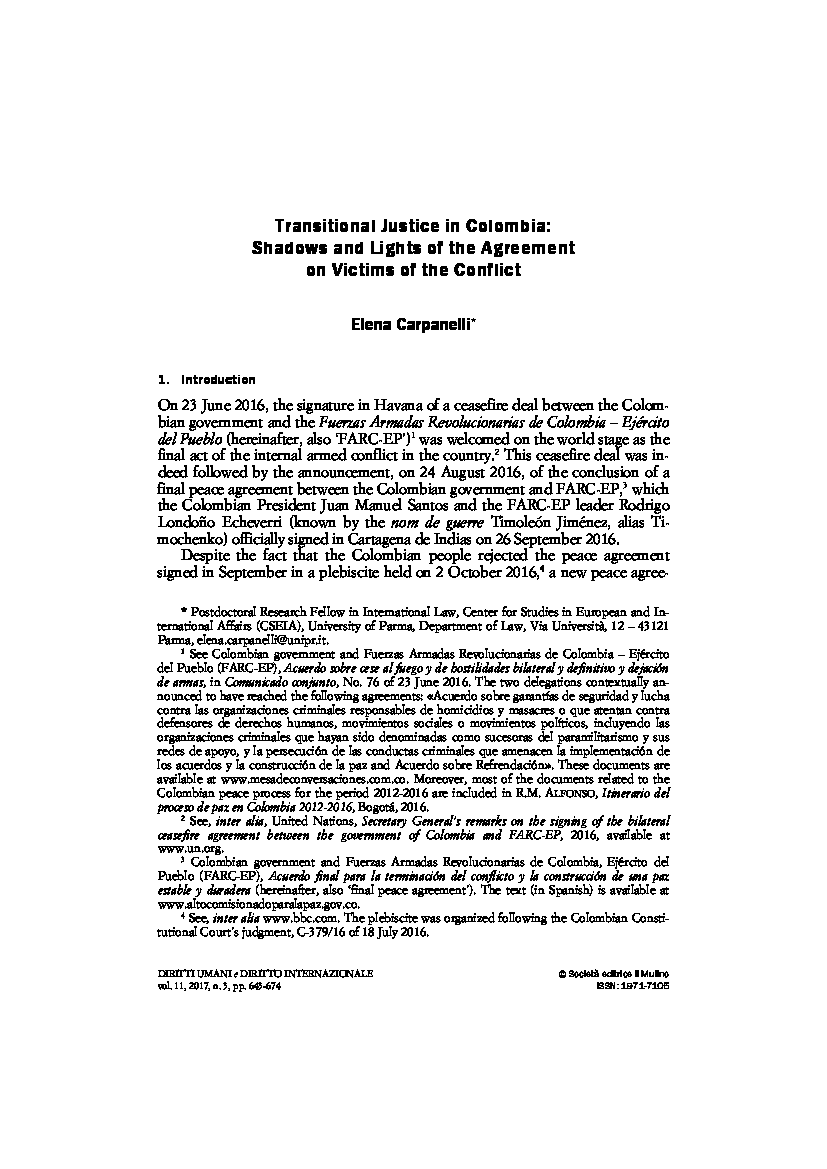