The elimination of chemical weapons in Syria should be regarded as a successful process, thanks to the cooperation between the UN Security Council and the OPCW, that implemented a demanding task under the extremely difficult circumstances of a complex armed conflict. However, they were not able to totally prevent the use of chemical agents, as confirmed by the Khan Sheikhoun attack on April 2017. Against this background, it is important to discuss the role played by both the OPCW and the UN in fact-finding regarding the use of chemicals as weapons as well as in the identification of the perpetrators. Finally, the article takes stock of the debate regarding the individual criminal accountability for the use of chemical weapons, by assessing whether it amounts to a war crime or a crime against humanity, and what the potential obstacles to the jurisdiction of the ICC are, in case of a Security Council referral. 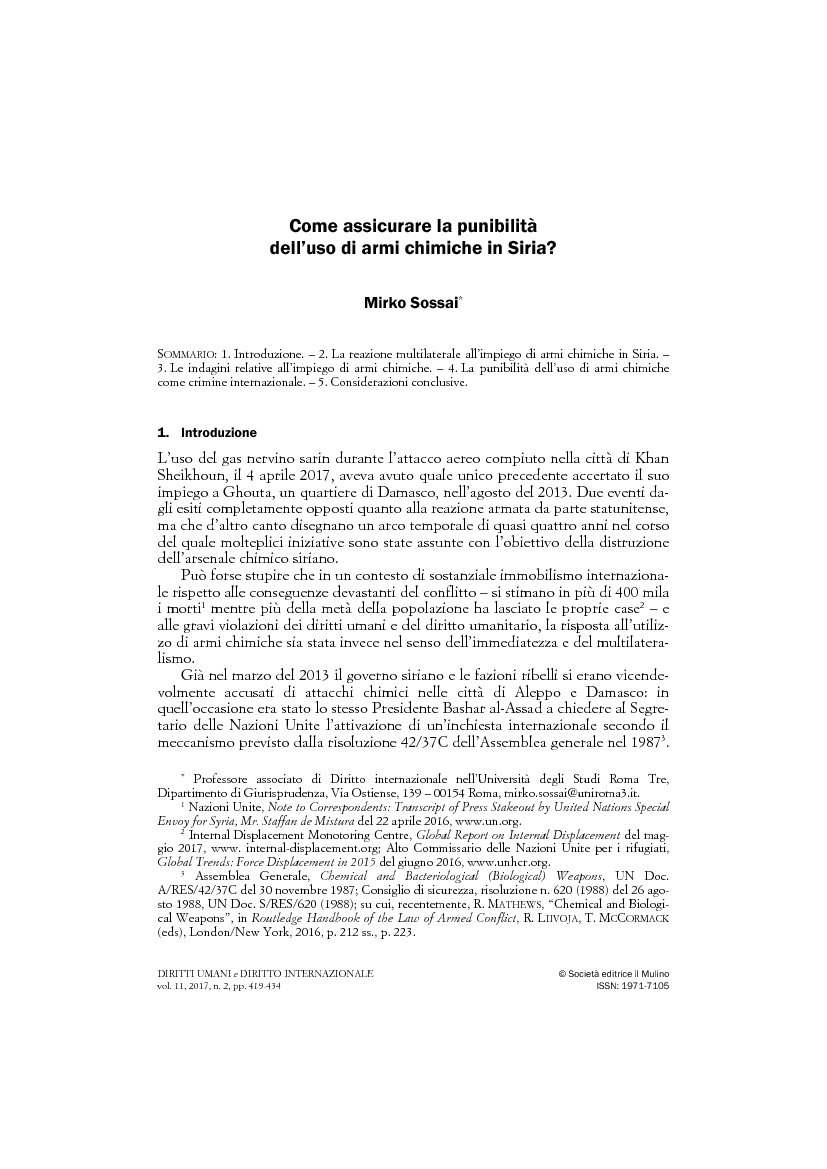