The legal questions concerning the end of life are difficult and highly thorny. The paper seeks to offer a synthesis of the legal framework developed under the auspices of the Council of Europe, 20 years after the adoption of the Oviedo Convention. The dignity of the human being is the heart of this treaty, above all when ill and dying persons are concerned. The juridical principle through which such a dignity is mainly safeguarded is that of informed consent (art. 5-9 of the Oviedo Convention). This principle, albeit clear in its general formulation, nonetheless leaves open a number of issues as far as the limits, time and form of the consent are concerned. After the analysis of the Convention, of the acts of the organs of the Council of Europe and of the case law of the Court of Strasbourg, the paper identifies some well established principles and, instead, those areas (artificial nutrition, euthanasia) still ill-defined, where a large consensus among European countries does not exist. In the final part of the paper, we examine the project of law under discussion in Italy on the end of life questions in order to assess the compatibility of the norms to be approved by the Italian Parliament with the European legal framework as shaped in the paper. 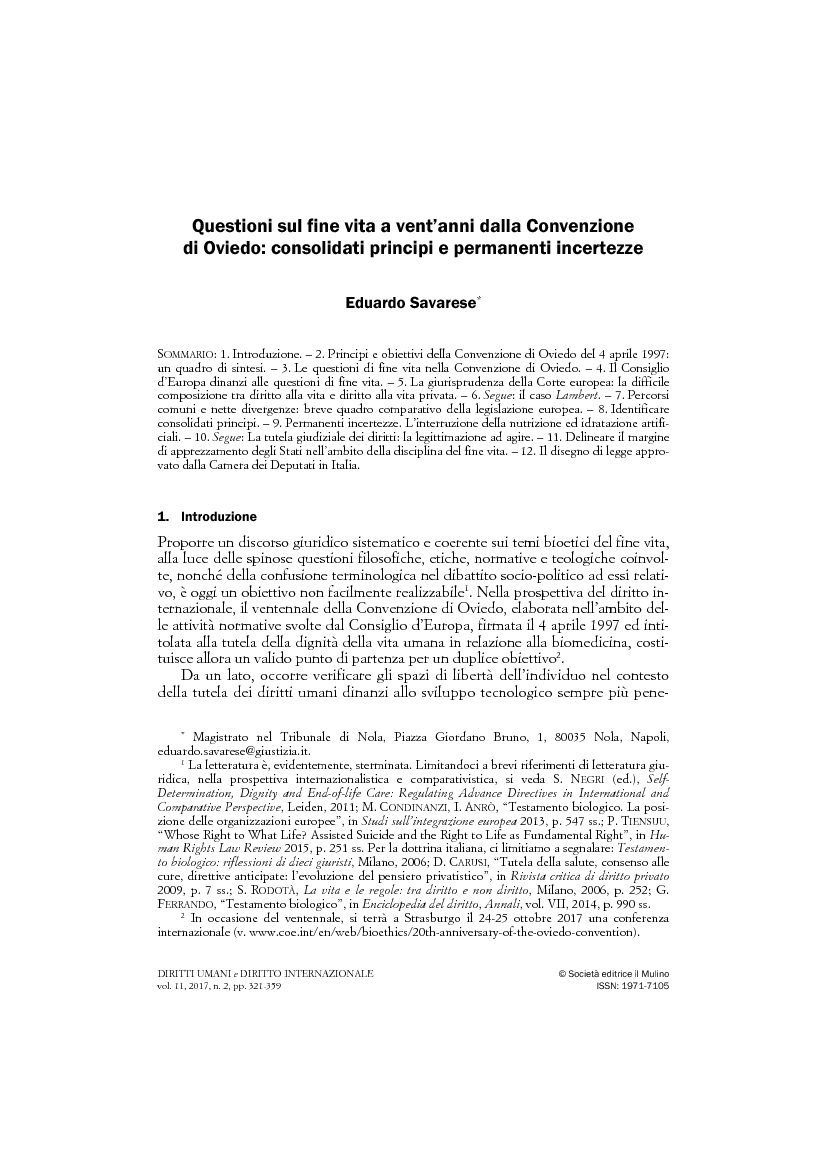