On 10 December 2015, the General Court delivered a judgment in the case T-512/12, "Polisario Front vs. EU Council". In its judgment, it established that Council Decision 2012/497/EU of 8 March 2012 on the conclusion of an Agreement between the EU and Morocco concerning reciprocal liberalisation measures on agricultural products, processed agricultural products, fish and fishery products is annulled in so far as it approves the application of that agreement to Western Sahara. This paper aims to comment the position taken by the General Court concerning the question as to whether there is an absolute prohibition against concluding an international agreement on behalf of the EU which may be applied to a 'disputed territory' in fact controlled by a non-member State, without the sovereignty of that State over that territory being recognised by the EU and its Member States and, more generally, by the international community. 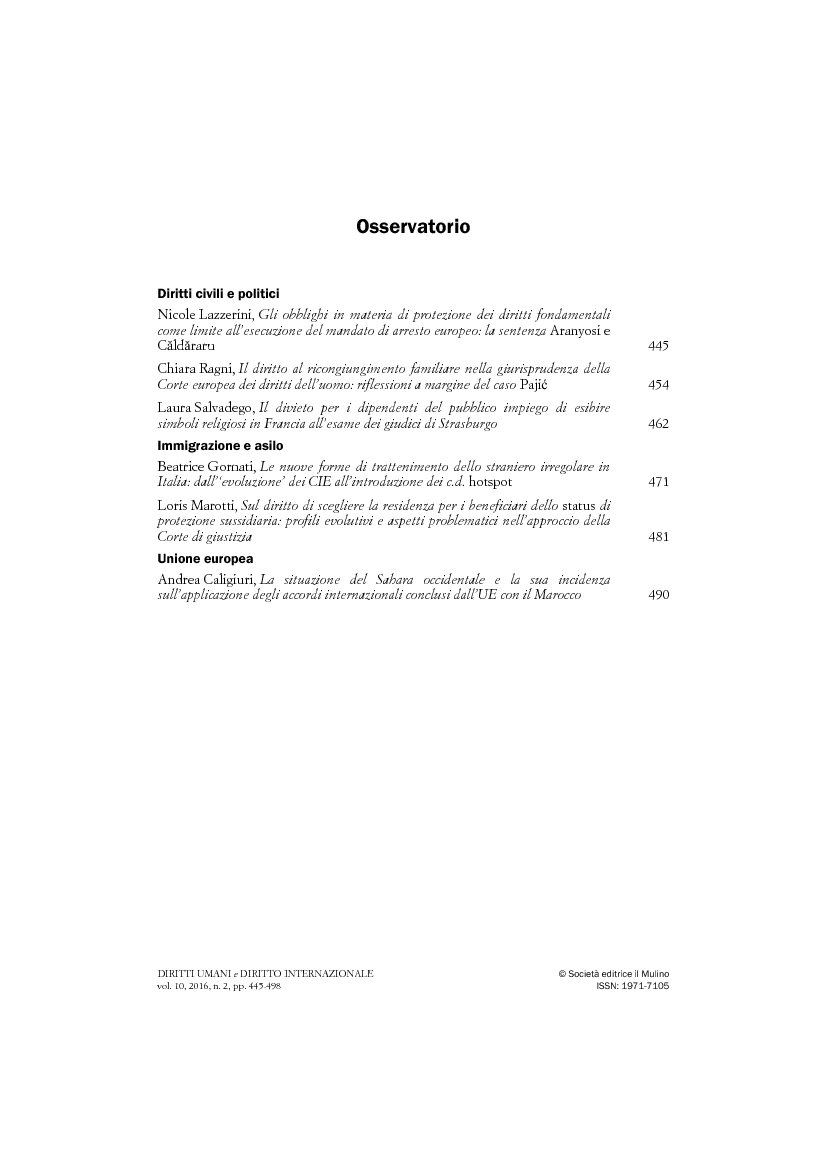