In Italy full adoption is still open only to married couples. According to article 44 of the Law 184 of 1983, however, in special circumstances, including the impossibility of pre-adoptive placement, unmarried couples may also adopt, but the effects of the adoption order are weaker than the ones of a full adoption. Through a broad interpretation of this rule, some tribunals have extended the possibility to adopt also to singles and to same-sex couples, and the same happened as far as the recognition of foreign adoptions is concerned. This case-law, in particular, gives a special role to the principle of the best interest of the child, which would be violated in case of banning or non- recognizing an adoption order when an emotional connection between the child and the adoptive parent already exists. The aim of the article is to verify if this trend of the Italian case-law is in line with the suggestions coming from the case-law of the European Court of Human Rights and of the Court of Justice of the European Union, and in particular with the judgments of the Court of Justice concerning the relationship between freedom of circulation of persons and fundamental rights. 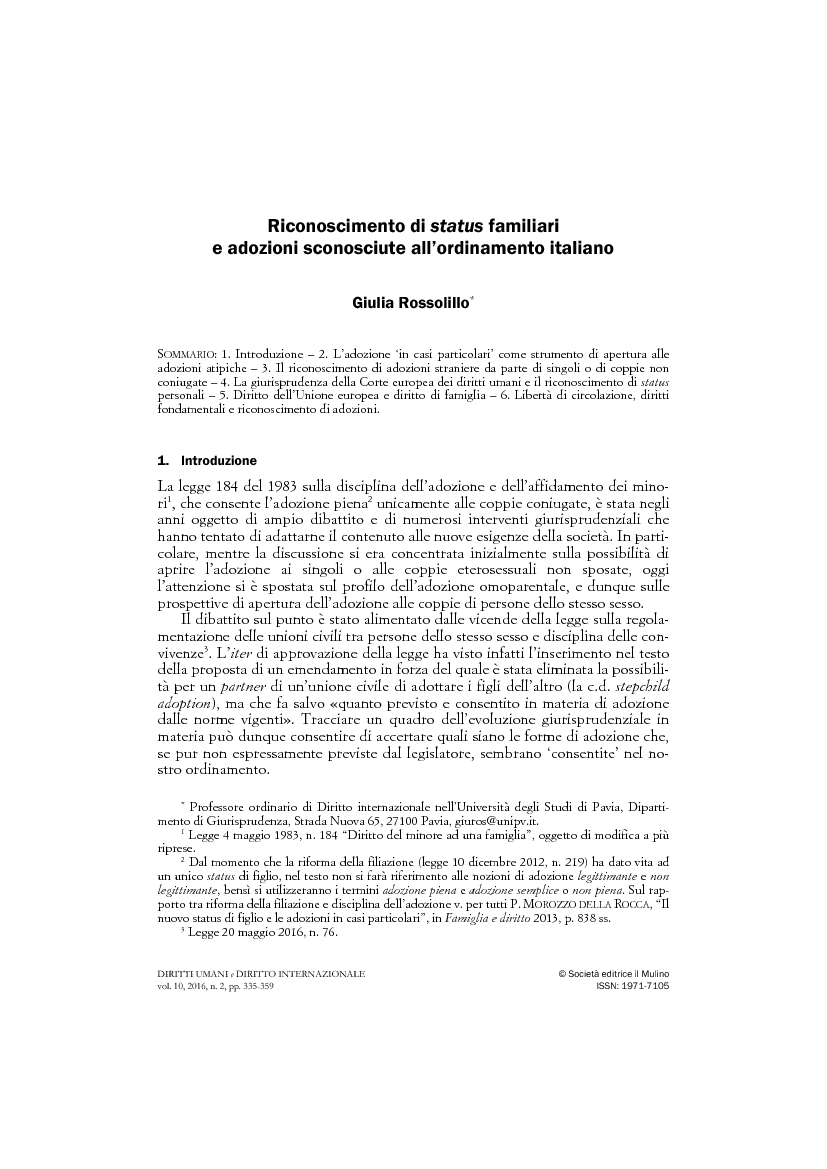