In the Judgment "Vasiliauskas v. Lithuania" of 20 October 2015 (no. 35343/05) the Grand Chamber of the European Court of Human Rights found in a 9 to 8 vote that the applicant's conviction for genocide by the domestic courts, for his participation in the killing of two Lithuanian partisans in 1953, when Lithuania was under Soviet rule, was in violation of art. 7, para. 1 of the European Convention on Human Rights. According to the Court the conviction, based upon the 1992 retro- active Lithuanian Law on genocide, was not consistent with the essence of that offence as provided for in international law at the relevant time and could not have been reasonably foreseen by the applicant. The Court had to establish whether the Lithuanian partisans could have been foreseeably considered as a prominent part of the national group of the Lithuanian nationals, or representatives and therefore members of the Lithuanian nation as a protected group, and it concluded that they could not: first, because the interpretation of the phrase 'in part' in terms of qualitative relevance only materialised in subsequent judicial practice; second, because the domestic courts had not made sufficiently clear what the notion 'representatives' entailed, and their interpretation of the notion 'national or ethnic group' as covering partisans was an interpretation by analogy. It is argued that, while the first argument is based upon a misinterpretation of the foreseeability test applied to a judicial interpretation clarifying a normative term, the second one is sound. Indeed, in a context of foreign occupation, whether the aim pursued by the occupying power is the destruction of the 'nation' as a national group identified for its cultural-ethnic identity, or the subjugation of the 'nation' as the population of a former independent State, is hard to establish, and it impinges upon the possibility to prove the genocidal intent of individual perpetrators; moreover, given the relevance of the perpetrators' subjective perception in order to identify the targeted group, it makes sense to consider, as the Court did, that the partisans were perceived and targeted by the applicant as representatives of the nation State fighting to re-establish its independence, rather that as members of the national-ethnic group. More generally, the Judgment seems to point at the difficulty, for the domestic courts of a newly independent State, to fairly resort to the crime of genocide in order to make justice of past crimes committed by an occupying power. 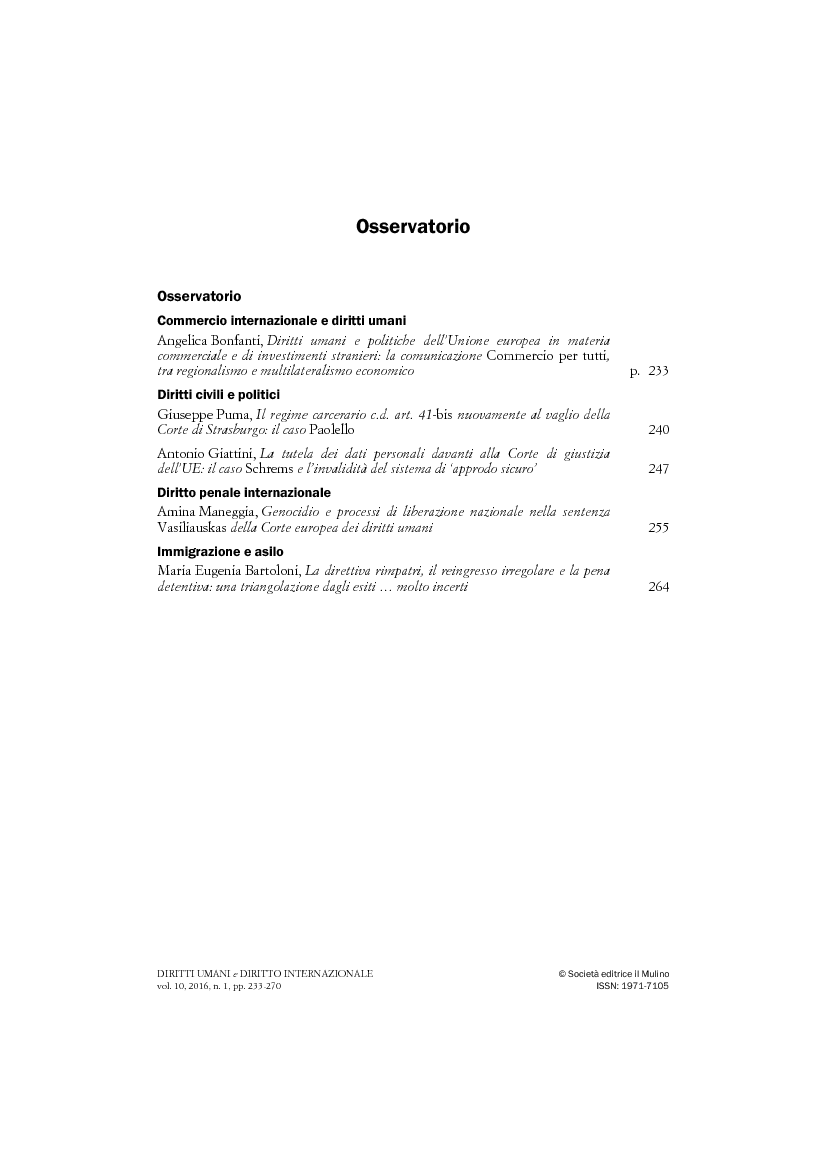