According to the decision under review, the Constitutional Court found that there was no need to decide whether customary international law concerning state immunity for war crimes and crimes against humanity was unlawful under domestic constitutional law. The reason is that such a rule, according to the content given to it by the International Court of Justice's (ICJ) 2012 Judgment on "Jurisdictional Immunities of the State (Germany v. Italy)", cannot enter the Italian legal order, since its conflict with basic principles of this order renders impossible any domestic reception through Article 10 of the Italian Constitution, which automatically transposes customary international law into domestic Italian law. Is this a "dualistic" decision? According to this author, this question is not important in practical terms. The real problem is the possibility to admit that the duty to respect internal order's fundamental values is a legitimate cause for preventing an international responsibility. What is decisive is the connection between domestic fundamental values and internationally recognized values. If this connection exists, national courts should decline to give effect to an international decision if it contravenes a fundamental obligation under national as well as international law. Thus, domestic courts defend the international rule of law from international law itself, as demonstrated by the developments issuing from the European Union Court of Justice's "Kadi" decision. National courts have a primary and autonomous role in ensuring domestic law's consistency with international law, and in ascertaining the latter's content. In all cases, International Law should accept the power of national courts not to give effect to an international obligation that is incompatible with the international rule of law itself. In the case under review, the requirement to implement the ruling of the ICJ must defer to the requirement to respect the fundamental values of the Italian legal system, in accordance with the theory of 'counter-limits' as developed by the Court. This conclusion is consistent with the German order, too, which renders quite weak any possible reaction, or protest, by that State. 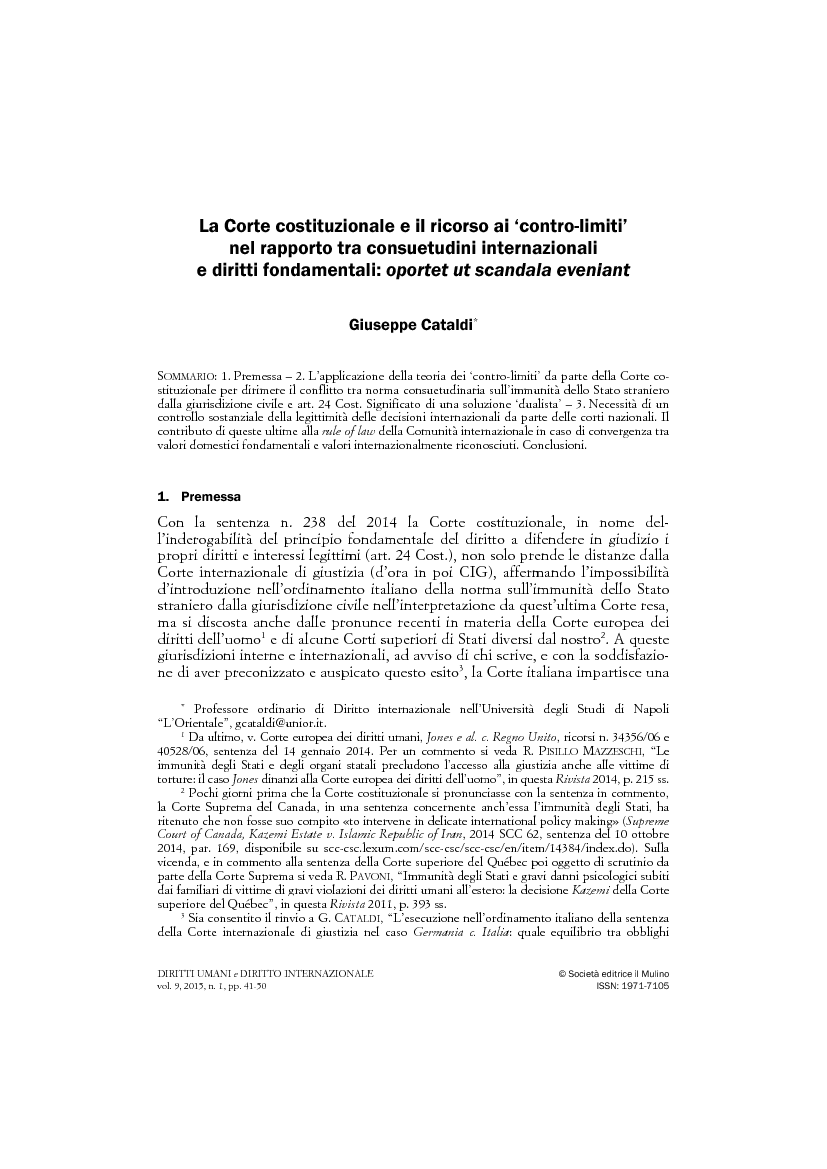