Through a comparison between the system of choice of law rules and the European Convention on Human Rights (ECHR), the paper brings about highlights, liable to be generalized, on human rights influence in private International law. First, owing to the proportionality test in the ruling of the European Court in assessing a breach of the Convention, any given contrast between human rights and private International law methods, or connecting factors, is to be theoretically ruled out. For the same reason, no human-right derived methods could be established. This is the case, say, for the often referred to as autonomous method of recognition, based on Article 8 of the ECHR, whose acceptability is here questioned. Secondly, the very content and structure of public policy exception make it unsuitable for avoiding violations of conventional norms by foreign laws selected in the forum, causing responsibility of the forum State. As a result, it is argued that control of conventionality also needs to be applied to the private international law whilst human rights don't alter public policy exception. While on the one hand preserving human rights is estimated to be uninfluential for methods and techniques of private International law, it is inferred to exert a revolutionary influence on the private international law's theoretical foundations and ratio on the other. In fact, conflict-of-laws provisions can be regarded as implementing measures of positive obligations deriving from the Convention. Therefore, the above-mentioned provisions play the role of coordinating legal systems, so that the rights of individuals are preserved from restrictions or suppressions because of the transnational nature of the situation. The result is a Copernican revolution for the private international law as a consequence of the shift from the prevailing protection of sovereignty to the prevailing protection of individuals' rights. 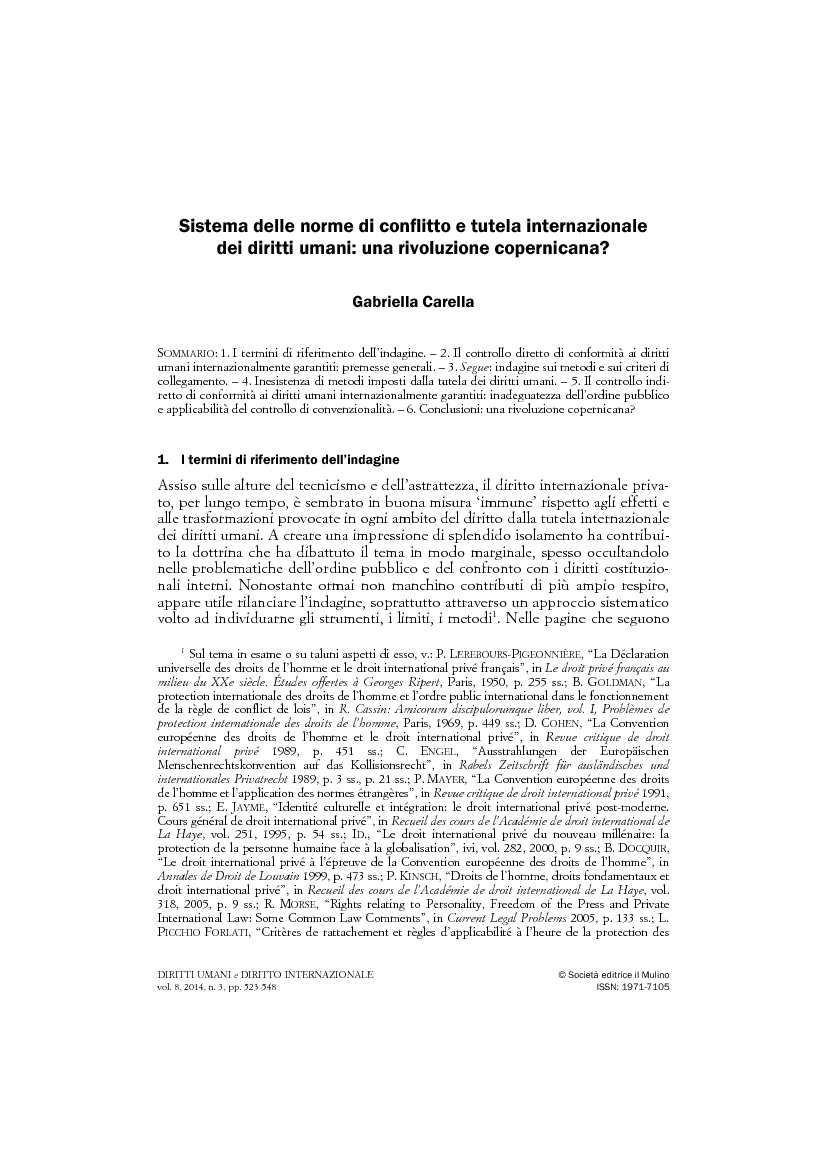