The dichotomy between the effective protection of human rights, particularly of economic and social rights, and the limited public resources, typical of the times of economic and financial crisis, has emerged predominantly in the current scientific, political and cultural debate. In this framework, this paper aims at examining what the contribution of the European Convention on Human Rights (ECHR) has been and could be in the field of economic and social rights. As known, the ECHR was not adopted with the main objective of granting a standard of protection in this field, but rather in the original perspective of achieving a better protection of civil and political rights. However, through the analysis of the case-law of the European Court of Human Rights (ECtHR), the paper highlights: firstly, the economic and social dimension of the ECHR; secondly, its extension; and, thirdly, what the limits to the protection of economic and social rights granted by the ECHR are in situations of economic and financial crisis, especially with regard to the most vulnerable individuals and groups. In conclusion, the paper shows that, beyond the cases where an interest of individual and economic nature can be asserted, there is only a circumstance - clearly very residual - in which the Contracting Parties have a positive obligation to provide social security services or benefits, also when not yet specifically established by domestic law. This occurs when the inaction or indifference of national authorities could otherwise bring individuals or groups in such precarious and humiliating conditions as to prejudice respect for human dignity, therefore resulting in a violation of the right to life or of the prohibition of inhuman or degrading treatment, as defined by the ECtHR case-law. 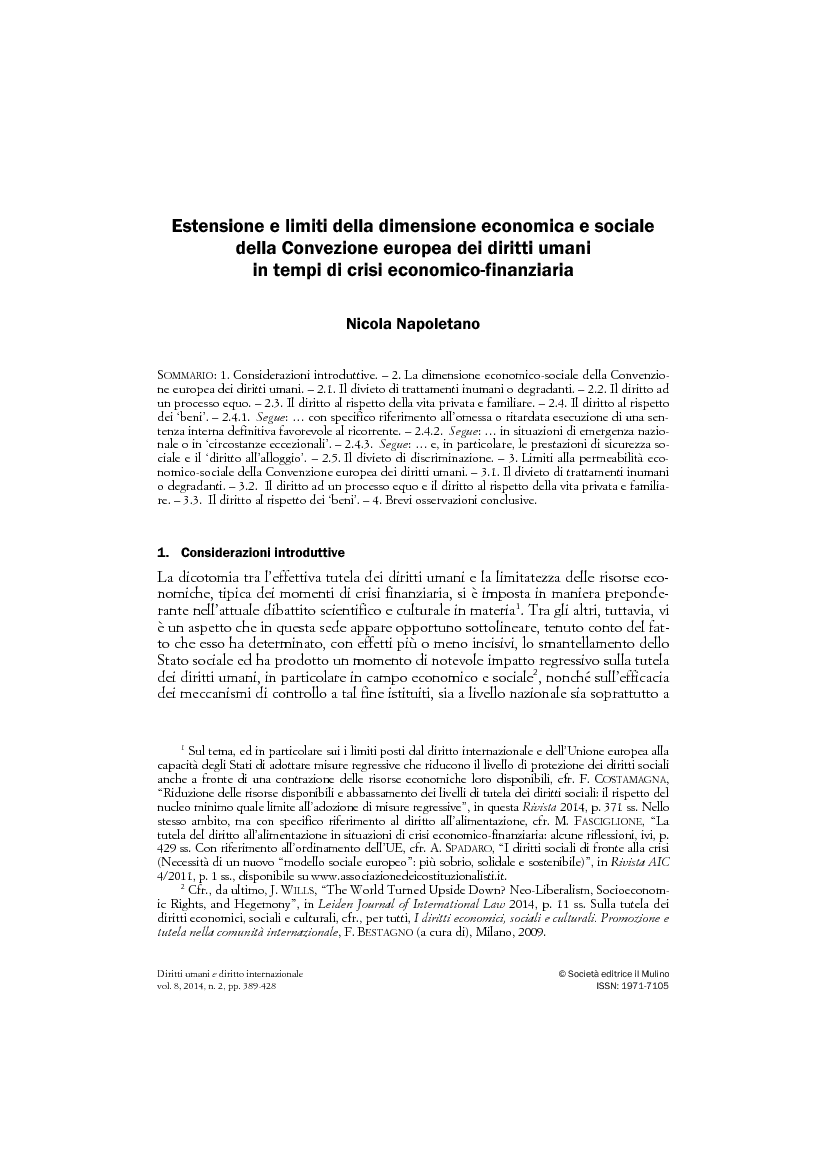