The austerity policies adopted by States hit by the current economic and financial crisis have given new impetus to the debate over the impact of the financial assistance of the International Monetary Fund (IMF) and the World Bank on the degree of enjoyment of economic, social and cultural rights within their members. In the present contribution, some critical considerations are developed with respect to the approaches proposed by the international legal doctrine to maintain that the IMF and the Bank may not ignore issues of human rights protection when deciding upon financial assistance in favour of States in financial distress. In a second part, with the purpose to appreciate to what extent those issues have actually entered the IFI's discourse, the practice of the Fund and the World Bank is considered. Attention is focused, in particular, on the evolution of the objectives of the two institutions, the modalities through which they implement the policy of conditionality, and the scope ascribed to political neutrality clauses provided for in their legal regime (whereby decisions concerning financial assistance may be adopted only on the basis of economic considerations). The practice reveals a considerable reluctance by IFIs of fully integrating the protection of human rights within their policy rationale. An explanation of this evidence may be found in the institutional asset of the two organizations. Indeed, in the decision making process a preeminent weight is recognized to those States promoting a neo-liberal economic order, according to which, notwithstanding their short term negative impact on the level of protection of economic, social and cultural rights, in the long run market-oriented economic policies are conducive to their full enjoyment. 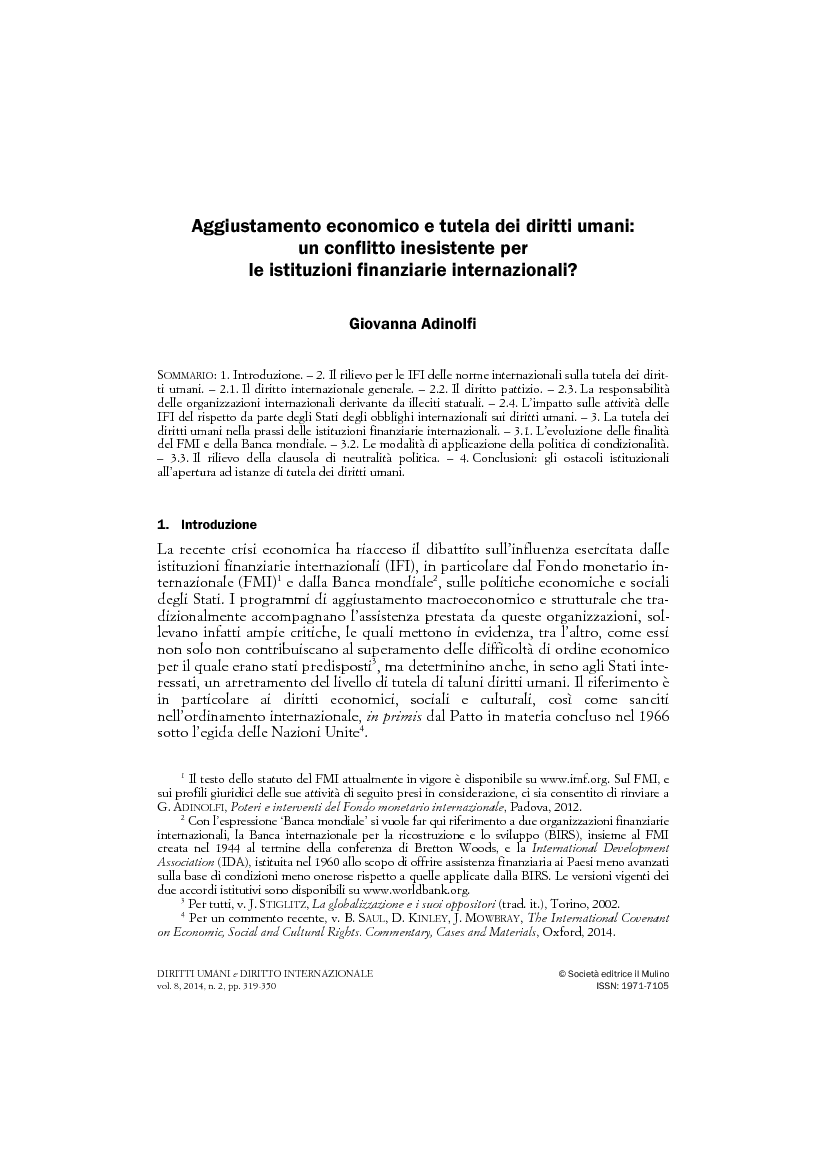