The article discusses how the principle of non-discrimination impacts on domestic rules on trans-mission of surnames, in the light of the judgment in the case of "Cusan and Fazzo v. Italy". The Court considered that a system requiring that the surname given to children born in wedlock was to be that of the father, without exception and irrespective of the choice made by the spouses, constituted a gender discrimination in the enjoyment of the applicants' private and family life. The Court also required the adoption of general measures to execute the judgment. The Italian Government promptly adopted a draft law to discharge its obligations, providing that the father's surname shall be given to children, failing an agreement of the spouses to the contrary. It is argued that this solution is not sufficient to comply with the Convention, in the light of the importance of gender equality. It thus formulates some recommendation in order to bring the proposed legislation fully in line with conventional requirement. It concludes that, failing adoption of new rules, the Italian Constitutional Court, which had previously declined to repeal the law, may look afresh at this matter and reach a different - and more courageous - decision. 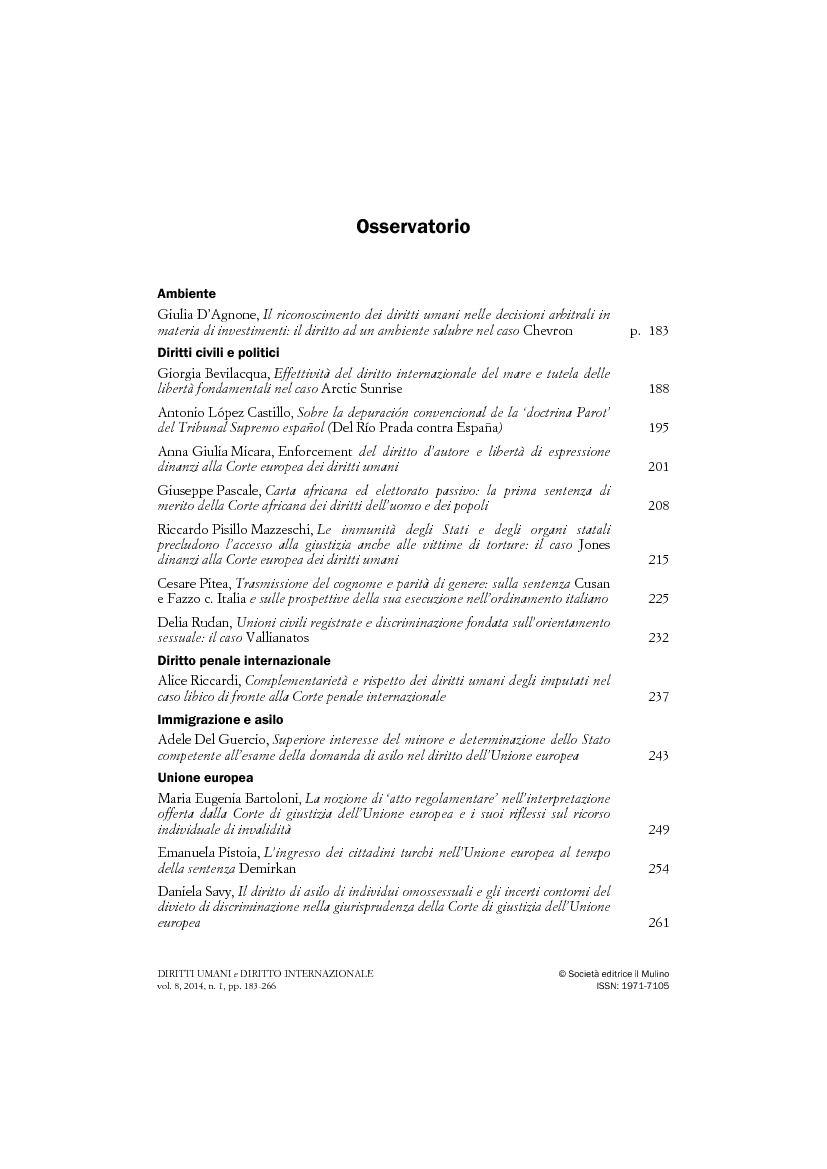