By an order of 21 March 2013, the Court of Cassation referred to the Constitutional Court the question of constitutionality of the current Italian electoral law on the grounds that it runs counter to the constitutional principles of free and equal suffrage. The Constitutional Court has been called by the referring judge to focus on three main aspects of law: the closed list system; the majority bonus in the Chamber of Deputies, by which the coalition that wins the highest number of votes receives at least 55% of the seats; and the majority bonus in the Senate, which is assigned on a regional level. While the Court of Cassation affirmed that the constitutional principles on the right to vote have to be interpreted in the light of Article 3 of Additional Protocol to the ECHR, it did not make any reference to the ECtHR case-law on political rights. This paper attempts to assess the impact that this jurisprudence can have on the question of the constitutional legitimacy of the electoral law. It argues that, while this impact is negligible if the different aspects of the law are examined separately, a deeper con-sideration of the 'Strasbourg approach' to political rights can be significant if all these aspects are considered as a whole. The author defends the position that the combined effects of those multiple as-pects on the composition of the Italian Parliament produce a problem of respect of the "will of the people", in breach of Article 3 of Additional Protocol to the ECHR. 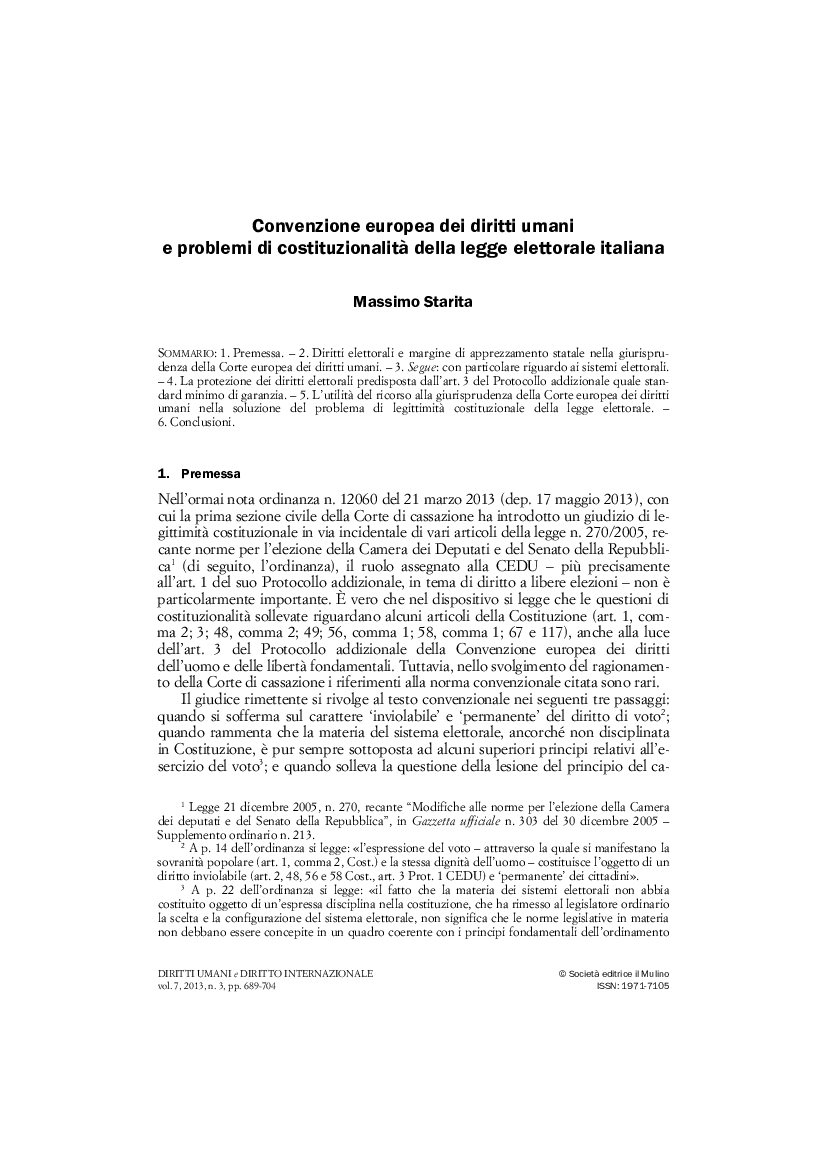