In this Article, which is the first of a two-parts writing, the Author explores the concept of 'public morals' in the jurisprudence of European Court of Human Rights, from the earlier cases like "Handyside" and "Dudgeon" to the most recent ones. He notices the use of the margin of appreciation doctrine by the Court and the Commission during the years with regard to the 'public morality' clause, and singles out the most critical aspects of the jurisprudence in discourse. In particular, he points out that the reliance upon the margin of appreciation doctrine prevented the Court from developing a shared notion of 'public morality' among the members of the Council of Europe, and left the definition of the concept in the hands of the member States. This might hinder the effective protection of Convention rights. It is announced that, in the second part of the writing, the Author will attempt to devise the definition of an European concept of 'public morality'. 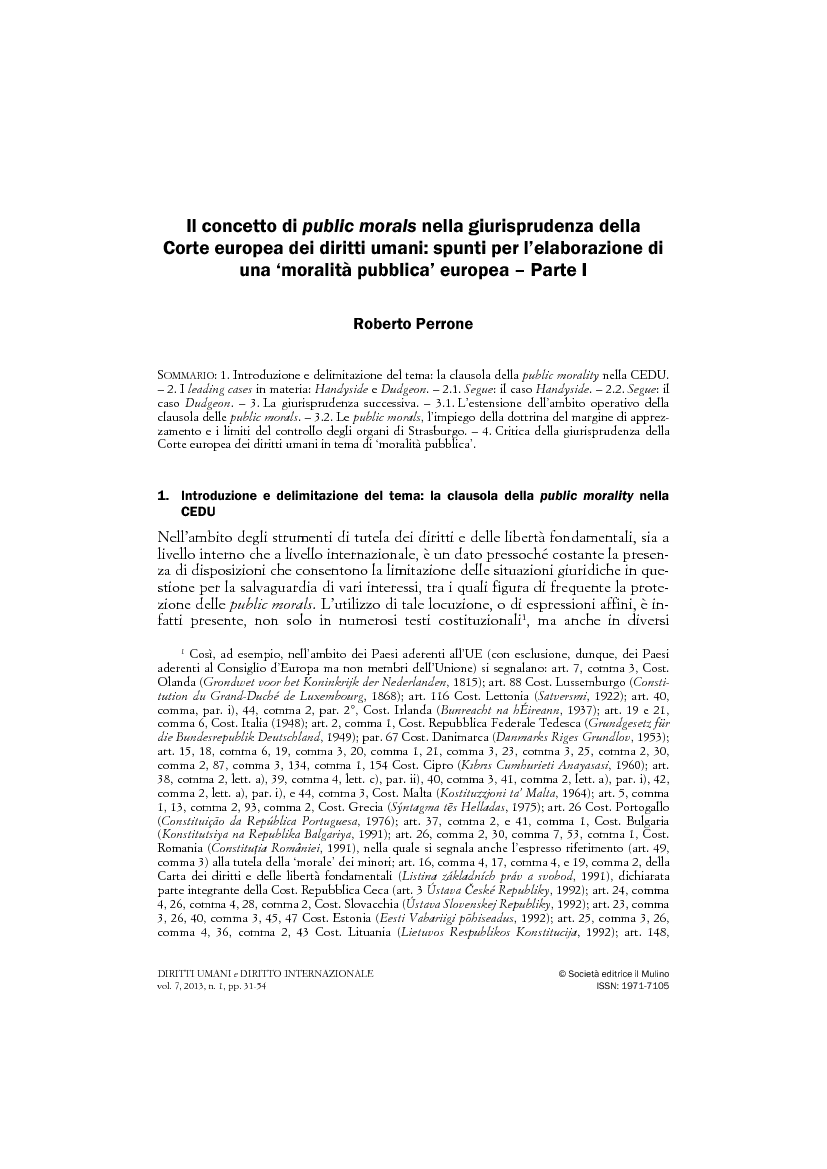