This paper addresses the basic positions taken by the Resolution no 4 RES EN (2021) of the Institut de droit international, i.e. human rights as protected under international law apply to cross-border relations between private individuals. After briefly discussing the conceptual framework of human rights and private international law (PIL), it is argued that even though the Institut de droit interna-tional restatement is not a source of international law (Article 38 of the ICJ Statute), it may have an impact on legislative bodies, national authorities and judiciaries as regards PIL matters (para. 2). The notions of ‘rights’ and ‘liberties’ as protected under international law (para. 3) are then analysed, before focusing on two issues the Resolution raises – the possibility to invoke international human rights rules before national authorities (para. 5) and the forms of discrimination as prohibited by international law in conflict of laws matters. In this respect, a distinction based upon PIL practice is suggested, namely the difference between equality before the law and equality within the law (para. 6). In conclusion, this paper contends that international human rights law implies a positive obliga-tion to be fulfilled by public authorities: PIL rules should be re-shaped, where possible by means of interpretation, to ensure the respect of fundamental rights of individuals concerned (para. 7). 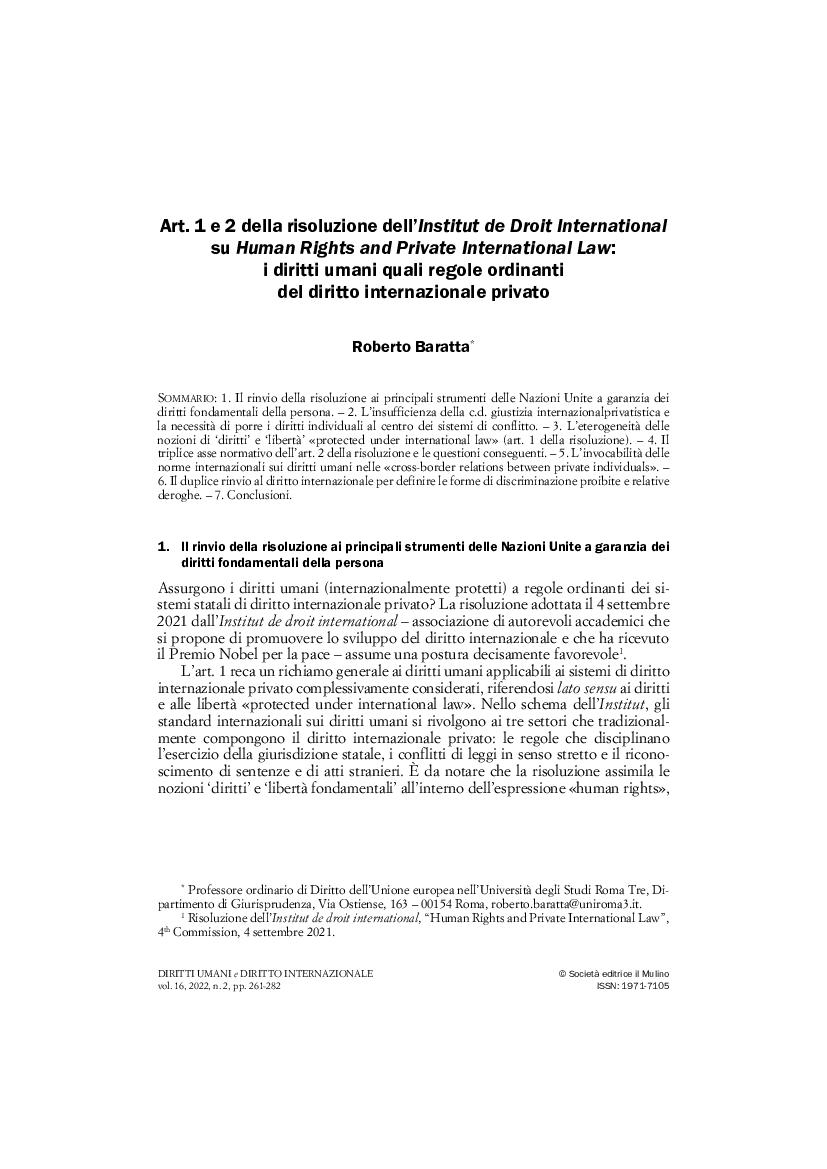