This article purports to investigate the consequences of the expulsion of the Russian Federation from the Council of Europe on the treaties concluded within the Organization. Following a critical ap-praisal of the decision of the Committee of Ministers to immediately terminate the membership of the Russian Federation to the Council of Europe as from 16 March 2022, notwithstanding the noti-fication of withdrawal by the Russian Government, the article addresses the question of whether Russia continues or not to be a party to the relevant treaties of the Council of Europe. In this context, it is argued that the Committee of Ministers, as the governing body of the Organization, has no com-petence to rule on the termination or suspension of treaties of which Russia is a party, and that this matter should be governed by the relevant rules codified in the Vienna Convention on the law of treaties. According to the Committee of Ministers, Russia shall continue to be a party to ‘open’ trea-ties while it shall automatically cease to be a party to ‘closed’ treaties, i.e. treaties which are open to signature only by member States of the Organization, such as the European Social Charter. It is ar-gued that this distinction is not entirely convincing as it does not reflect the peculiarities of the Coun-cil of Europe’s treaties which, under certain conditions, may be open to ratification or accession by non-member States. The termination of the treaties to which Russia is a party (in the absence of denunciation by the latter) may instead be grounded on Articles 54 or 62 of the Vienna Convention. Notably, for those treaties which are premised on the acceptance of the fundamental values of the Council of Europe, the loss of membership due to a grave breach of the statutory obligations may give rise to a fundamental change in the circumstances warranting the termination or suspension of the treaty 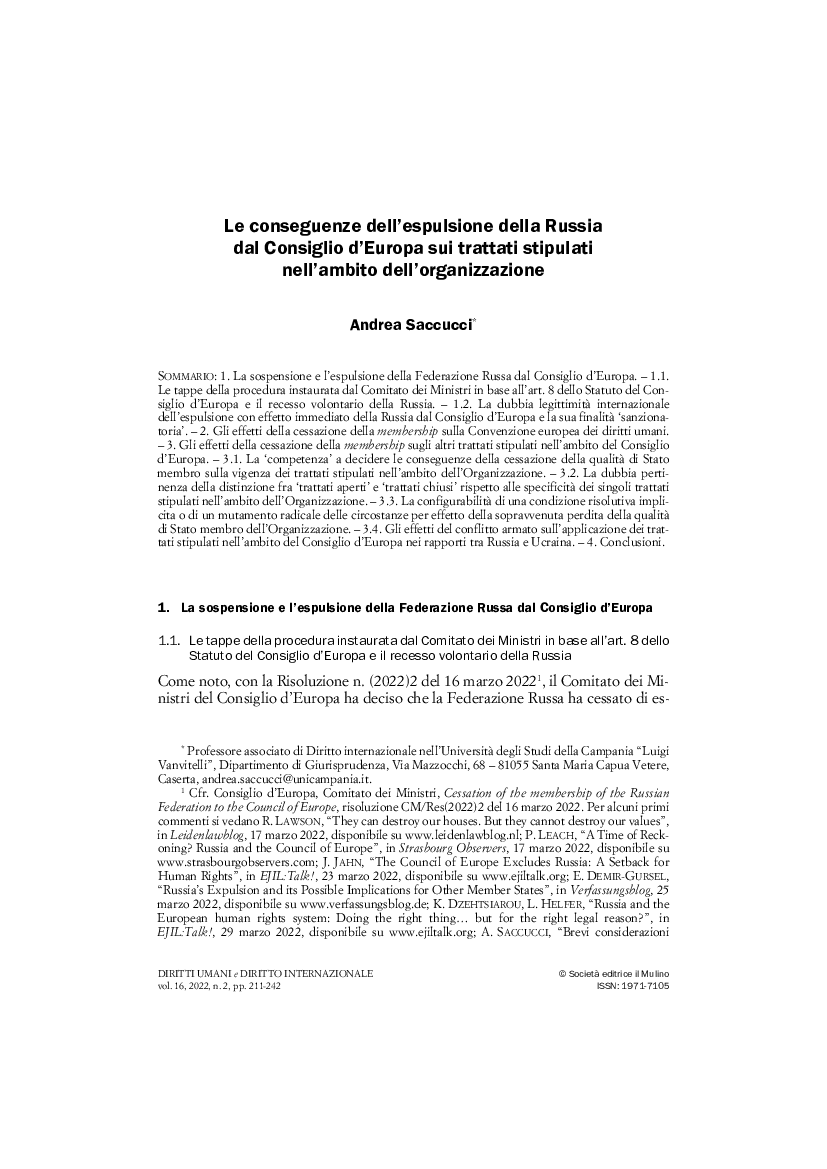