The concept of ‘direct applicability’ and ‘self-executing’ nature of international norms is still object of intense debate in the international legal scholarship. In Italy, such a debate has attracted new attention in the light of a recent ruling of the Joint Sections of the Court of Cassation, according to which the norms enshrined in the European Convention of Human Rights are not directly applicable in domestic proceedings. Such a statement seems to derive from some terminological and legal misunderstanding. By summarizing the conclusions of the several authors which have dealt with this issue in a Special Section of the review, the present article formulates some conclusions. First, it stipulates that the self-executing character of the ECHR and other international treaties cannot be excluded a priori; it must be ascertained with regard to each norm in the specific situations. Second, it stipulated that the direct application of an international norm does not necessarily imply the disapplication of a domestic norm and does not necessarily involve an antinomy-solution activity. Third, it links the necessity of recognizing, when necessary, the direct applicability of the ECHR to the principle of subsidiarity, the right to an effective remedy and, more generally, to the constitutional principle of friendliness towards international law. 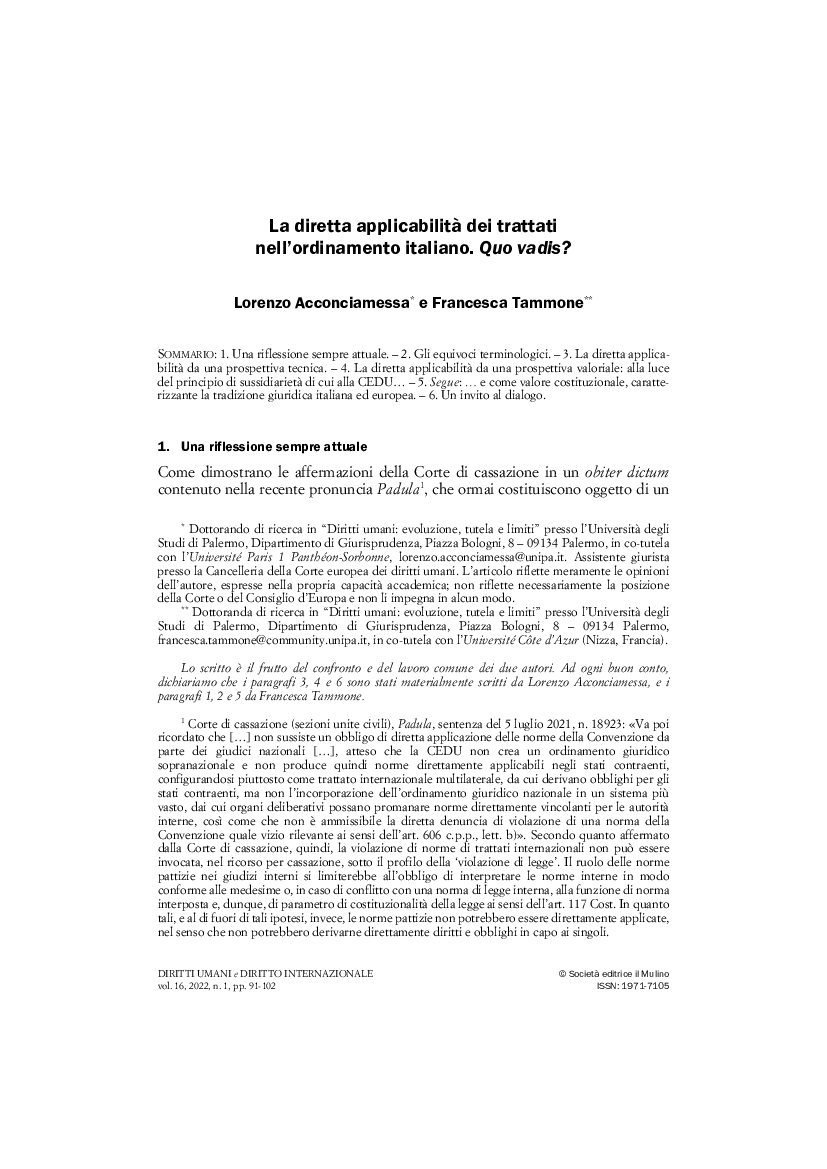