This paper is based on fieldwork research on different education experiences in three areas of Rome. We focus on two public Italian schools - Istituto Comprensivo (IC), preschool and primary school - with high presence of foreign pupils and pupils with parents of foreign origins (non-EU countries) in the city's Torpignattara and Esquilino neighborhoods. By participating in associations related to the school, parents elaborate practical and dialogical relations in order to tackle the fragmentation of social relations, multicultural and multi-religious issues in their neighborhoods. By promoting the school as a common good, the parents' collective actions aim at rebuilding new social relations in a transformed neighborhood. On the other hand, we also focus on two madrasas (Islamic Schools) set up and functioning in Centocelle and Torpignattara, two semi-peripheral boroughs. We consider these experiences as part of parallel cultural processes (Taylor, 1989) involving two different educational missions and, for the children, two different circles of sociability. Within the frame of a multidimensional world (Appadurai, 1996) characterized by inedited planetary migrations, these parallel experiences are considered on the light of the sociological perspective of «living together» (Touraine, 2000). 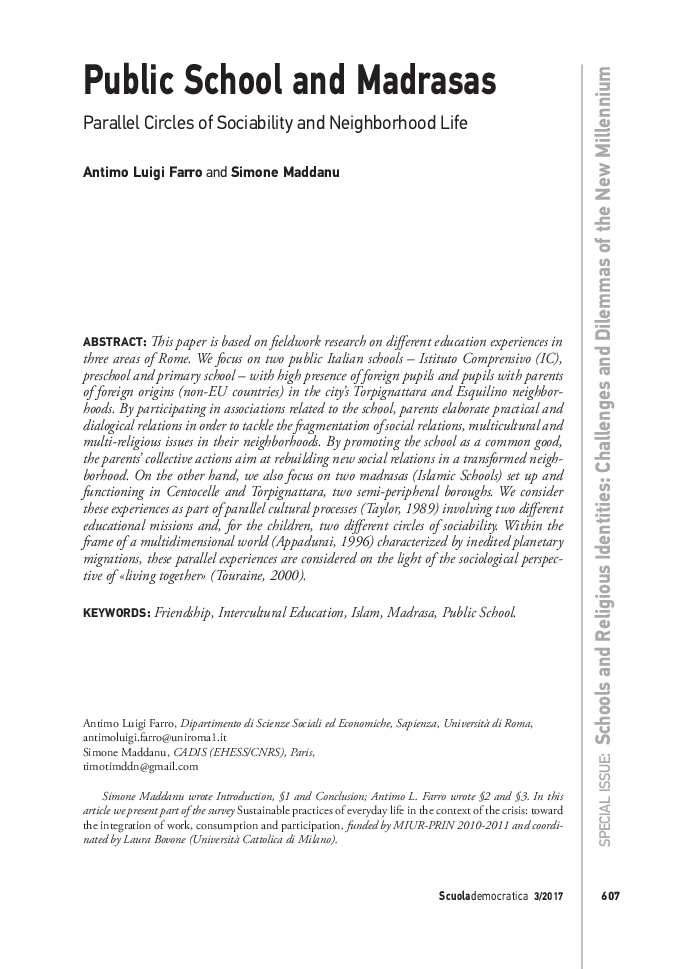