In Italy the drop-out rate stands at 17,0% (2013) still far away from Eu2020 target (10%); so that the more realistic target has been fixed at 16% by 2020. The most problematic area is South and Islands; the early leaving shows remarkable inequalities in gender (boys are disadvantaged) and migratory background. Among several factors, ESL is pushed by a low socio-economic family along with the propensity for a school-free model of self-realization and a widespread lack of capacity among teachers in motivating and guiding the 'unfair' students. Situation is getting worse because of the 'school segregation', negative effect of the free school choice, which leads teachers and students to self-selection. Over long time public policies have been unefficient, as they lack of an updated reading of drop out and a national directory of students is still missed. Public intervention is more addressed to compensation or remedy and less to prevention: measures are implemented on a local rather than on a general scale. Recently, solicited by the international frame and by the fear for the negative impact of ESL and NEET on the 'Sistema Italia', a large number of projects - funded by FSE or PON programs - have been developed (in the South mainly) with a more efficient address: multi-actors actions and shared responsibility between private and public sector, schools and no schooling organizations. 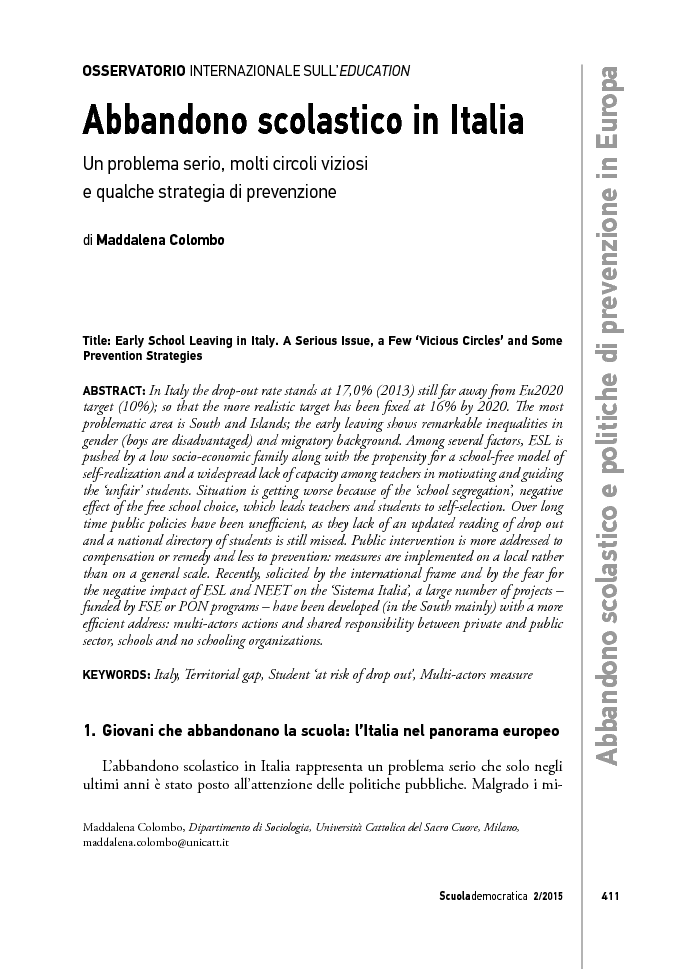