The influence of social origin on student performance, as measured in PISA and in other international assessments of student achievement, looks comparatively weak in Italy. This article documents, however, that when we analyse educational attainment, Italy figures among the most unequal countries in Europe. We specify ordered logit models on a cumulative dataset that builds on three international surveys, and we provide several robustness checks of this result. We discuss two possible explanations for this result. First, it could be related to the low level of education of Italian families and to the cultural barriers faced by disadvantaged social groups that result in high dropout rates. A second explanation may refer to the marked income inequalities in Italy and to the weaknesses of its welfare system, which result in strong economic barriers to educational participation. We provide evidence supporting the first interpretation. Based on our empirical and theoretical analysis, we propose an interpretation of the contradictory results on schooling inequalities in Italy, when measured in terms of educational achievement or attainment. 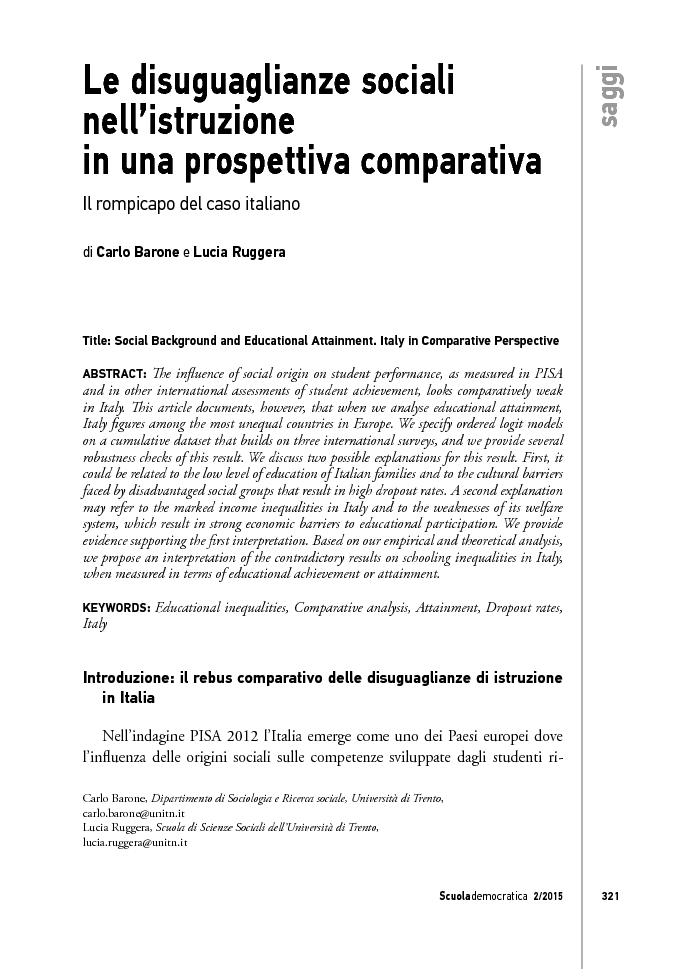