One of the main arguments supporting the public investment in education is its possible positive extra-economic effect: it is often argued in the public and political discourses that one major function of school is to produce 'better' citizens. The long-lasting literature on the association between education and civicness suggests two hypotheses - not necessarily conflicting with each other - that are tested in this paper. First, civicness may be related with the absolute level of individual education an increase in years of schooling is expected to enhance the individual level of civicness. Second, civicness may be affected by the relative level of education: in this case what really matters is not individual level of education, but the educational 'environment'. Thus, a general increase in education may not result in increasing levels of overall civicness. The results of the analysis, which is conducted on the 'European Social Survey' data, support the first hypothesis. Therefore, they suggest that the Italian school, despite its well-known weaknesses, is a fundamental institution to socialize citizens to the respect of the shared civic and social values. 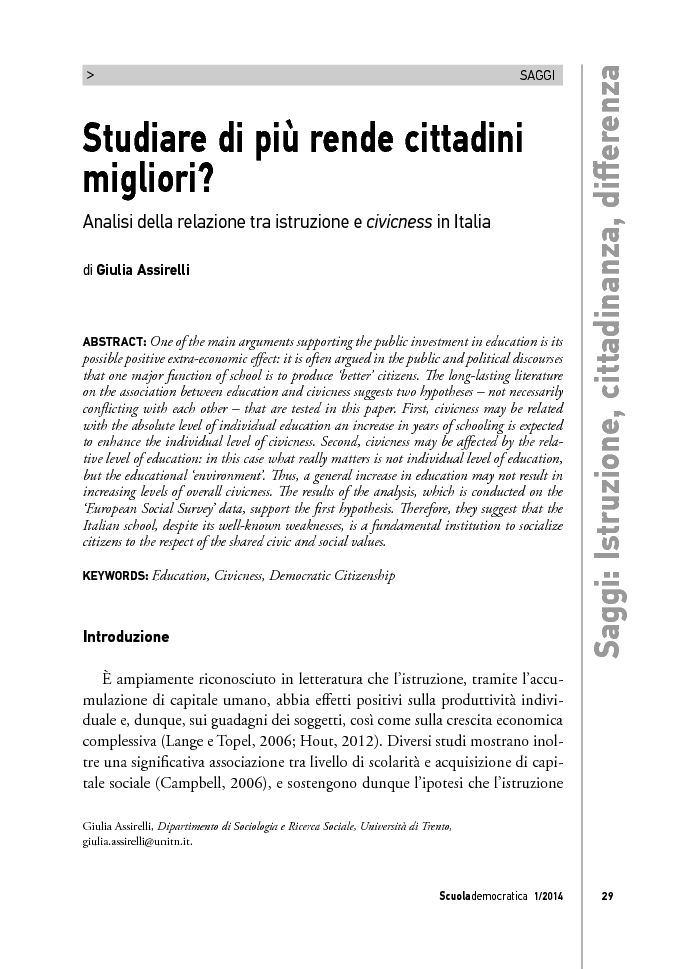