The programme school-to-work belongs to a traditional scenario of separation between education and work and configures itself as a dispositive to reduce the gap between the two. The objective of this contribute is to investigate the students’ narratives around the dispositive, which is potentially crucial in the delicate transition of those who experience it. The article is centred in the wide national and international debate on school-to-work transitions, focusing on the metropolitan area of Cagliari. The territorial dimension is in fact central in the policies that define the relation between education and work, and, more specifically, school-to-work alternance projects. Urban trends characterise the image of the city in terms of its attractiveness and brand, simultaneously linking to precarious and seasonal employment, within flexible and mobile paths. Empirical material is constituted by semi-structured interviews and focus groups with photo-voice conducted with students from lyceums in the metropolitan area of Cagliari. The discussion of this material points to the school dimensions of the project, whose logics seem to prevail among the students, to the point that the school to work alternance can be seen as a (re)orientation to school rather than orientation to work. 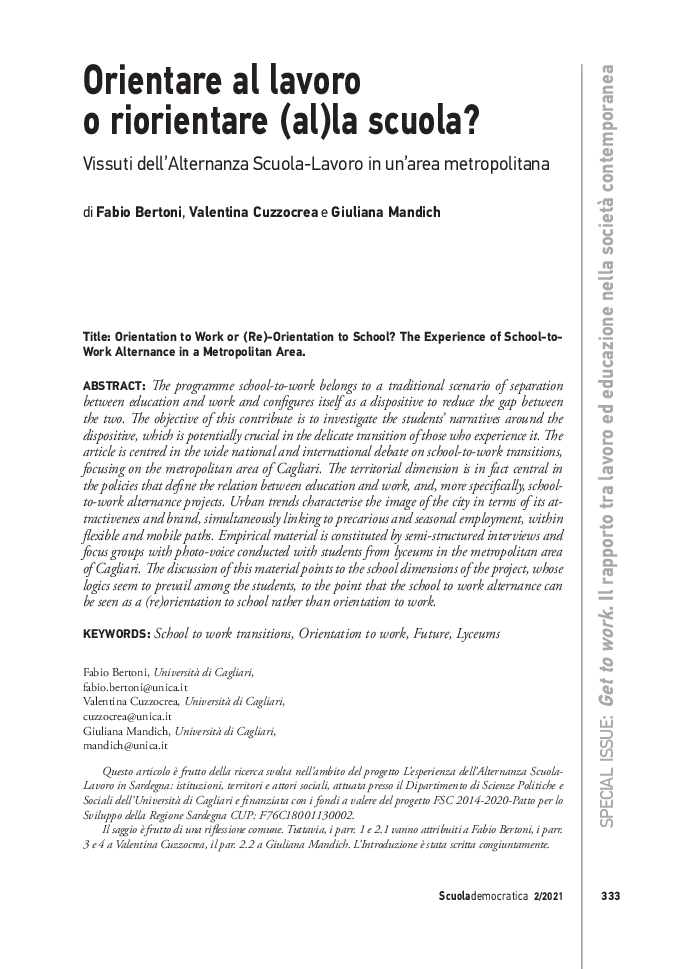